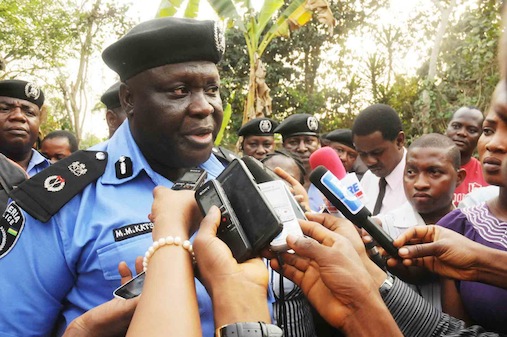 No fewer than 100 suspected looters were arrested by security agents during fire outbreak which gutted the famous Sabon Gari market in Kano on Saturday.

The state commissioner of police, Mr Muhammad Katsina disclosed this when Governor Abdullahi Ganduje visited the market on Sunday.

He said the suspects were apprehended by security personnel deployed to the market to ensure security of lives and property following the fire outbreak.

Katsina said the suspects were arrested in different locations of the market while trying escape with their loots.

He said the suspects would be charged to court as soon as investigation was completed.

“The suspects are presently in our custody and as soon as investigation was concluded, they will be charged to court, “ Katsina said.

In his remarks, the governor said the state government had taken measures aimed at preventing future occurrence.

Ganduje, who, commiserated with the victims of the disaster and commended security personnel for ensuring adequate security during the incident.

He also thanked various private companies who supported the state Fire Service in putting out the inferno.