India arrests Nigerian who mailed $720k worth of cocaine 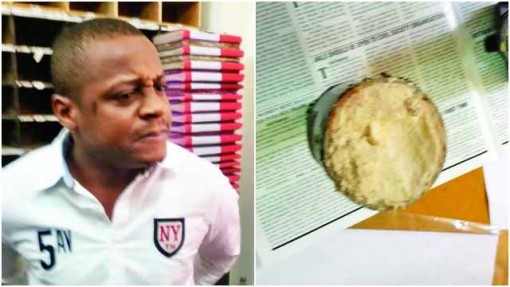 India’s Narcotics Control Bureau (NCB), in a joint operation with the Anti-Narcotics Cell (ANC) of the Mumbai police, has arrested a Nigerian, who belongs to an international drug racket, using postal services to smuggle drugs and contrabands.

According to the Times of India, the arrested Nigerian, Frank William was found with 600gm of cocaine imported from Latin America.

Sources said that the NCB received a tip-off that a parcel containing drugs was to arrive in India. The NCB tied up with the postal services and ANC and trailed the consignment for nearly a week as it passed through two to three countries. When the parcel reached a post office at Khoparkhairane in Navi Mumbai, the officers laid a trap and arrested the Nigerian, when he came to collect it.

“We could have stopped the parcel at the Foreign Post Office as all post parcels are routed through it. We played along so we could reach the recipient,” said an official, adding that the demand for cocaine is increasing in the city.

The officer said international drug peddlers send parcels through postal services or courier companies and provide the wrong KYC and address of the recipient.

“They then track the parcel online. When it reaches its destination city, it lies at the post office as the address is wrong. The recipient then picks it up from the post office,” said Sanjay Jha, zonal director of NCB.

Sources said that the NCB had recently written to the postal authorities and even private courier services asking them to insist on verifying the KYC of the parcel sender and receiver.

“We have apprised the postal department to instal CCTV cameras and collect carbon copies of the ID proofs and KYC of the sender and receiver,” said an officer.

The customs department said that it is not possible to scan all parcels sent to India through courier services. “The sheer volume makes it difficult. So, we carry out random checks,” said an official.