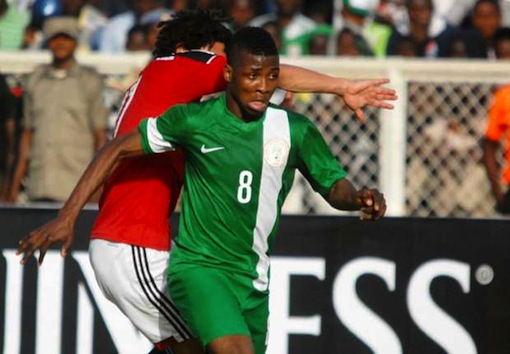 The Confédération of African Football (CAF) on Sunday announced the withdrawal of Chad from the ongoing qualifiers for the 2017 Africa Cup of Nations (AFCON), scheduled for Gabon next January.

In a report on its website, CAF said it was informed of the withdrawal by the Chadian Football Federation.

The withdrawal has thus left Group G, which has Nigeria, Tanzania and Egypt, with only three teams.

It also meant Nigeria which had earlier beaten Chad 2-0 have been hard hit and would now need a miracle to qualify, following Friday’s home draw with group leaders Egypt.

This was because CAF, on its website on Sunday, had said it was going to act in line with the competition’s regulations.

“We shall act in conformity with Article 61 of the regulations of the competition which states: `If a team withdraws from the qualifying phase organised in groups, all its results shall be annulled (points, scored and conceded goals)’.’’

This consequently means that the three matches of Chad in Group G are cancelled and the results will not be taken into consideration.

Hence, the actual standings of the group will be as follows:

Going by the decision of CAF’s Executive Committee on Jan. 15, 2015, the development has put the Super Eagles in a precarious position.

According to CAF, any group reduced to three teams following the withdrawal of a team will have only the group winner qualifying for the final tournament.

Before now, the group winners were to directly qualify, with the runners-up having the chance of qualifying through the best losers route, which was looking more likely for Nigeria.

But now, Nigeria will now need to upstage Egypt, and this can only be by first beating them on Tuesday in Alexandria,

Tanzania will now host Egypt on June 3, while Nigeria will host Tanzania on September 2.

On September 5, Nigeria had drawn goalless with hosts Tanzania, while Egypt had beaten hosts Chad 5-1 on September 6.

Tanzania had then on Wednesday put themselves in a good position to threaten Nigeria’s second place in the group by beating hosts Chad 1-0.

Nigeria had then narrowed its chances of qualification by drawing 1-1 with Egypt on Friday in Kaduna, before Chad’s withdrawal on Sunday.

Meanwhile, the Chadian Football Federation has been fined 20,000 US dollars and also barred from participating in the next edition of the AFCON.

This is in conformity with Article 59 of the regulations of the competition.

It states thus: “any association declaring forfeit after the start of the matches is liable to a fine of 20,000 US dollars. It will also not be allowed to participate in the next edition of the AFCON”.