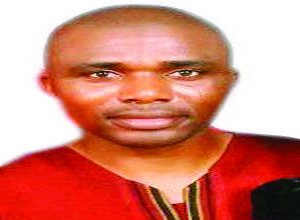 Inusa was kidnapped on Saturday night in Kaduna State. The Nigeria army had pledged to give N1 million to anyone who could provide useful information to the whereabouts of the missing colonel.

However, a statement from the Nigerian Army issued and signed by its Acting Director, Army Public Relations, Colonel Sani Kukasheka Usman said the Nigerian Army wished to regrettably inform the public that Colonel Samaila Inusa who was kidnapped on Saturday was found dead today at about 6.00pm.

The statement said preliminary investigation revealed that most likely the late senior officer was killed same day he was kidnapped by his abductors.

“This is because the body was found already decomposing around Ajyaita village off Eastern Bypass Kaduna, Kaduna State.

“Arrangements are in progress to move the body to 44 Nigerian Army Reference Hospital, Kaduna. May his soul rest in peace. Amen. We wish to state in unmistakable terms that whoever is behind his abduction and murder would be fished out to face the full wrath of the law,” the statement said.

“You are kindly requested to disseminate this information to the public through your medium,” the statement told the media.