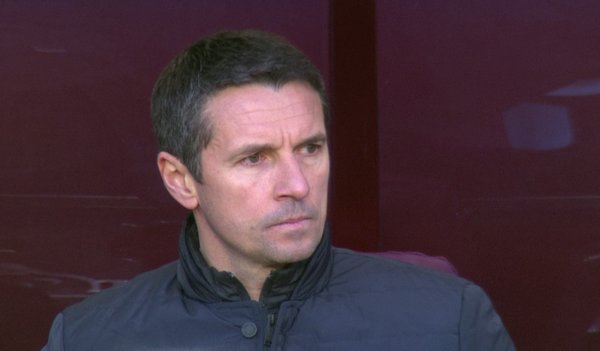 Manager Remi Garde has left Aston Villa by mutual consent after four months at the Premier League’s bottom club. He will be replaced by Eric Black, who takes over as interim manager.

The 49-year-old Frenchman replaced Tim Sherwood on a three-and-a-half-year deal in November, but departs after six successive defeats.

His last game in charge was a 1-0 defeat at Swansea City on 19 March, which leaves Villa 12 points from safety with seven games remaining.

Villa won only two of their 20 league games during Garde’s tenure.

“The Club would like to place on record its sincere thanks to Rémi for all his efforts during a difficult period and wish him well in the future.

“Eric Black will take over as acting manager until the Club appoints a new manager.

“There will be no further comment from the Club at this stage,” the statement read.

Villa owner Randy Lerner put the club up for sale last May, but is yet to find a buyer.

Fans have been upset at the lack of investment and the decision-making at the club.

Former Lyon boss Garde was said to be considering his future at the club after being unable to make any signings during the January transfer window.

He has also been among those who have criticised the players for a perceived lack of desire.

Garde had become increasingly dispirited by performances and said he felt “humiliated” after a 6-0 defeat by Liverpool last month. It was the first time the Midlands club had let in six at home in a league game since October 1983.

His only victories came against Norwich City and Crystal Palace in the league, and League Two Wycombe Wanderers in the FA Cup.

He recently refused to comment on reports Lyon president Jean-Michel Aulas is keen for him to return to the Ligue 1 club next season.

Villa’s next Premier League match is against Chelsea at home on 2 April.