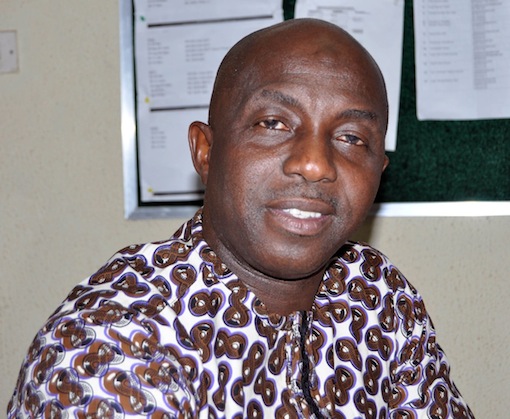 
Nigeria’s Minister of Sports, Solomon Dalung, President of Nigeria Football Federation, NFF, Amaju Pinnick and Interim Coach of the Super Eagles, Samson Siasia have apologised to Nigerians over the senior national team’s inability to qualify for Gabon 2017 Africa Cup of Nations.
The Eagles crashed out of the race to Gabon after they were beaten 1-0 by the Pharaohs of Egypt in Alexandria, Cairo Tuesday night.
They were earlier on Friday held to a 1-1 draw by the same Egypt in Kaduna.
Dalung said on his tweeter handle very early Wednesday that it was so sad that the country failed to make it to Gabon Nations Cup.
“I personally apologise to Nigerians for the inability of the Super Eagles to qualify for the campaign to AFCON. We must plan better again,” the Minister tweeted.
Speaking after the arrival of the delegation to Egypt at the Nnamdi Azikwe International Stadium, Abuja early on Wednesday, Pinnick said Nigerian football family was so sad with the outcome of the match in Cairo, adding that the Eagles lost the ticket in Kaduna after they failed to hold on to the lone goal scored by homeboy Oghenekaro Etebo on Good Friday.
“I’m not very happy with the result and I’m very sad that we lost out in the race. Nigerians should forgive us. It is just that the god of soccer was not on our side. I wonder why we could not hold on to our lead in Kaduna,” Pinnick said.
The NFF boss, however, believes that there are some positives the nation could take from the double header matches. He said: “We can now boast of a disciplined team like the one we had in 1994. We will not rest on our oars as we prepare for the 2018 World Cup qualifiers.
“I discussed with our match agent last night on the need for us to make use of all the FIFA free days especially the two we will have in June to play quality friendly matches.
“I’m happy that we are having the youngest and the most entertaining team in the world now. This we will just have to consolidate on.”
To Siasia, who took up the job of Eagles a few weeks ago, “we are on a broken bridge which we could not fix. I felt disappointed. I will only beg for Nigerians’ forgiveness. We were not lucky despite playing good game in the two matches,” he said.