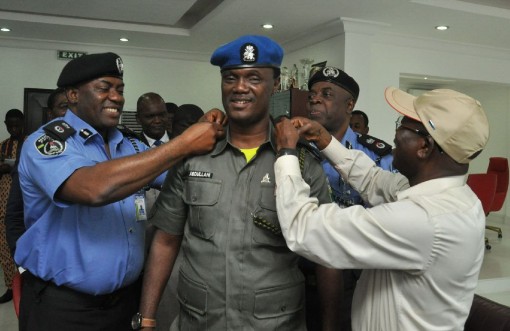 ‎Eight days after the Aide-De-Camp (ADC) to Governor Adams Oshiomhole, CSP Ibrahim Abdullahi, reportedly died of hemorrhoid, otherwise known as pile, the state police command and the state government house are yet to make official pronouncements on the unfortunate incident.

The late ADC who was believed to be in his 40s, reportedly died in the evening of Wednesday, 23 March, in far away Kano State, barely one month after he was conferred with a meritorious service award by Edo State Police Commissioner, Mr. Chris Ezike.

Sources had it that Abdullahi, who hails from Zamfara State, underwent surgery following the ailment in India early this year, but his condition deteriorated soon after his return to Nigeria; forcing him to seek alternative treatment in Kano State.

A friend to the late ADC who craved anonymity because the death has not been officially announced, disclosed that Abdullahi who lost his first wife a few years ago, was expecting a baby from his wife he married two years ago before his death.

He described him as a gallant, friendly and peace loving officer.
‎
Earlier last month while conferring the meritorious award on the late ADC, the State boss, Ezike, had said the award had become necessary because there had not been any negative security report to suggest that there was security compromise around the state governor.

Attempts to reach the Chief Press Secretary to the governor, Mr. Peter Okhiria for reaction was unsuccessful as calls put to his mobile phone didn’t go through.