Our 2019 presidential candidate to come from the North - PDP 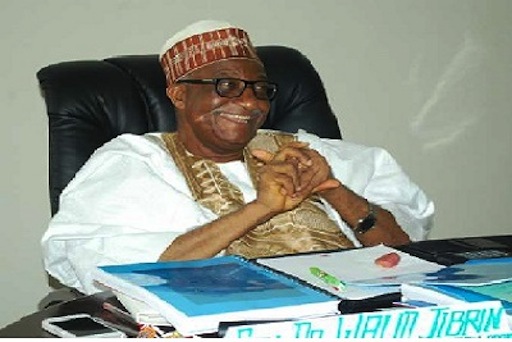 The Peoples Democratic Party (PDP) Board of Trustees (BOT) acting chairman, Walid Jubrin has advised the party to adhere to Senator Ike Ekweremadu Post-Election Review Committee’s recommendation that the PDP should seek its 2019 presidential candidate from the Northern part of the country.

He gave the advice while addressing newsmen on Tuesday in Abuja, Nigeria’s capital.

He warned of the dangers of not adhering to the recommendations aimed at compensating the North “for the obvious violation of the zoning arrangement in the 2011 election.”

“The national caucus, BOT, and NEC have already approved this recommendation by unanimously zoning 2019 presidency to the north.

“To change this decision now is a further invitation to impunity, the lack of party democracy, non-adherence to party zoning principles, influence of ‘god fatherism’, the lack of respect for the decision of constituted party organs, self-imposition and killing the PDP.

“Anyone who attempts to reverse the position by changing it with another position will ever remain an enemy to the north, a mercenary and killer of PDP.

“All members of the party must unite not to allow themselves to be bought by anyone and not to be tempted with anything to divide and rule us.

“All PDP members must be ready to cooperate to say final bye-bye to impunity, the lack of internal democracy, god-fatherism and naked exhibition of mans inhumanity to man by man.”

He added that the BOT would resist any move by anybody to destroy the good foundation set by the PDP founding fathers and mothers and shall remain the conscience of the party.

Jubrin maintained that the above submission was done based on the powers given to BOT in PDP party constitution part ix section 32 5(a) (b) (c) (g) and 6.

He added that the party’ s BOT intended to meet next week to further strengthen its position in support of the last decision of the caucus, BOT, and NEC.

According to him, other items on the agenda for the meeting include membership of BOT sub -committees.

He added that the BOT was also expected to be briefed by Sheriff on the approved PDP congresses and convention committees of finance, zoning and reconciliation.