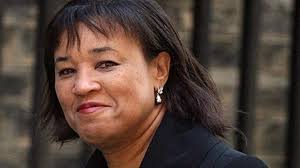 Ms Patricia Scotland, the new Secretary-General of Commonwealth, on Monday in London, assumed duty as the first female scribe, pledging better days for the 53-member organisation.

This is contained in a statement issued by Ms Hannah Murphy, Communications Officer, Commonwealth Secretariat, and made available to the News Agency of Nigeria (NAN).

The new Secretary-General shared her vision for the Commonwealth, stating that “Working and acting as one people – one family – we can make a different future”.

“I am determined that we are going to work together on tackling violence against women and girls, deal with the existential threat of climate change and promote trade and good governance.

“We are also going to champion the health, well-being and human rights of our citizens, and ensure young people have the opportunities they need for the future,” she said.

Born in the small village of St Joseph in Dominica, she said she knew only too well about the threat of climate change.

She urged members of the Commonwealth to work together and make good on commitments agreed at the global Paris Climate Conference last December.

“We can show the world about building resilience and finding innovative solutions.”

Scotland said boosting Commonwealth trade and creating better opportunities for youth, who make up 60 per cent of the Commonwealth population, would also be at the top of her agenda.

“I am confident that we can change things for the better.

“I want the Commonwealth to be a voice for everyone who shares our common values and hopes,” she said.

She described herself as “a classic child of the Commonwealth” – born in the Caribbean and brought up in London.

She highlighted her journey of “firsts” – from the first black woman to join the Queen’s Counsel in the United Kingdom, the first woman to hold the position of UK Attorney-General and the first woman Commonwealth Secretary-General.

The new Commonwealth Scribe said she had been “rather sad” at being first and looked forward to supporting new generations of female leaders.

Scotland was nominated at the 2015 Commonwealth Heads of Government Meeting in Malta in December 2015 for the position by her native country of Dominica.

She was consequently elected by the 53-member organisation as the first woman and the sixth scribe of the Commonwealth.

The new Secretary-General holds a dual citizenship of Dominica Island, a country with a population of 72,000 people, and also of the UK.