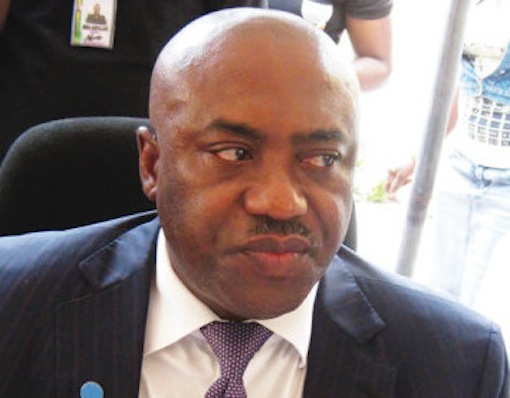 A 52-year-old night guard simply identified as Abdulahi, has been murdered by suspected armed robbers in a phone shop on airport road, Benin City, in the early hours of Monday.

Abdulahi, a father of three and native of Auchi, Etsako west local government area of Edo state, was said to be on duty with another guard whose identity was given as Austin.

It was gathered that Abdulahi attempted to stop the robbers who had tried to gain entry into the shop by denting one of the metal windows, but was overpowered.

The hands and legs of the late Abdulahi were said to have been tied, with a piece of cloth tied around his nose and mouth, leaving him to suffocate to death before they fled.

‎Following the incident, passersby thronged the scene to catch a glimpse of the deceased, even as some staff of the phone shop gathered in clusters discussing the incident.

One of the workers at the store who craved anonymity said when the workers resumed for business at about 9:00 am ‎the victim was seen lying lifeless within the premises of the building housing the shop.

The second guard (Austin)’s whereabouts was however not known at the time of filing this report.

The widow of the deceased, Mrs. Abdullahi, said her husband’s death means the beginning of hard life and suffering for her.

“It was when I was told that someone died that I knew that it was my husband. They have put me into suffering, Look at me? Where will I start from?,”‎ she lamented. ‎

The Public Relations Officer of Edo Police Command, Mr. Abiodun Osifo, could not be reached for comment, but it was gathered that the late night guard’s corpse was later evacuated by policemen from Aideyan police station.