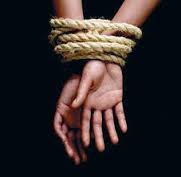 The owner of the popular Bovina Hotel in Ilorin, Chief Ifeanyi Okoli, has again been kidnapped.

The News Agency of Nigeria (NAN) reports that Okoli, the owner of the three-star hotel, was first kidnapped five years ago in Ilorin.

The Commissioner of Police in Kwara, Mr. Samuel Okaula, who confirmed the latest incident , told NAN that the victim was abducted on Monday evening on Taiwo Road in Ilorin.

The commissioner said the police had activated the mechanism to free the hostage unhurt, adding that the command had already arrested three suspects in connection with the incident.

“We were told that the suspects were in army uniform and in a Camry car. I heard that this is the third time they are attempting to kidnap that man.

“We will try and go after these people and make sure that we rescue him; as at now, we have three suspects in our cell. They were picked at that hotel.

“The three suspects are males. They were found in the hotel, they were within that vicinity when the incident happened.

“Because of their conduct, the police suspected them and they are being interrogated now,” he said.

Okaula said there were strong indications that those already arrested had connections with the kidnappers.

“We are after the criminals. We must get to the root of this recurring kidnap. We do not know why he was always being kidnapping.

“ Attempts have been made on him three times, we do not know why? We must get to the root of the matter,” Okaula added.

The wife of the victim, Adama, told journalists that some men in military uniform came to his shop on Taiwo road and forced him into their vehicle.

She said her husband was kidnapped around 6p.m. on Monday, adding that since then, the family had not heard from him or his abductors.

“We have informed all the security agencies in the state but we have not heard anything from any of them on his whereabouts,” she said.

She said her husband had not been involved in any shady deal with anybody to warrant his being kidnapped.

“He was kidnapped five years ago; there was an attempt to kidnap him again in October last year which failed because he resisted the kidnappers and now is the third time,” she added.

Also speaking, the victim’s younger brother, Boniface, said the constant abduction of his elder brother was becoming unbearable for the family.