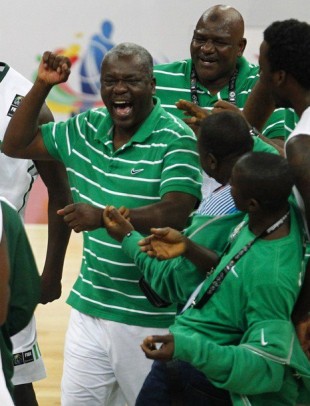 Former Coach of the national team, Ayodele Bakare has been appointed as the team coach for the Stallions team. This comes on the heels of the resignation of the former coach Johnson Ayinla who has been highly praised by the Stallions organization for his contribution to the team.

Bakare, a graduate of Western Michigan University and University of Ife, coached the national team to be the first and only African team to qualify for the Olympics while also serving as head coach on several teams within the National Team Program.

“I am thrilled to get this opportunity to join the ABL family. I feel particularly privileged to become a part of this well-storied and proud franchise, which the Stallions are. Some may feel that our team might not have been playing well recently, but we hope to change all that; and very quickly too. We are tweaking the roster to position it for better performance and we hope to build on the solid foundations created by the previous technical crew,” said Coach Bakare.

He further added that “we hope to soon provide our teeming fans with a style of basketball, which will not only be very entertaining but will also be highly competitive and represent the best which the Stallions brand has long been associated with”.

Coach Bakare has won several international medals with both men and women’s teams in junior and senior categories.

With a vast experience of over thirty years, he is no doubt in a good position to redirect the course of the Stallions in the current ABL season.

The Stallions formerly known as Union Bank Basketball team is a Nigerian Professional Basketball club. The club currently competes with five other franchises in the ongoing African Basketball League.