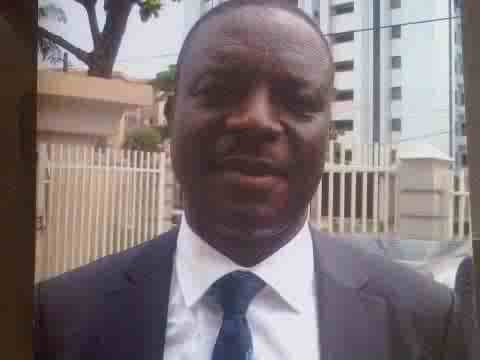 After several adjournments, the court has fixed 31 May, 2016 for the trial of Pastor Felix Fadare of the Redeemed Christian Church of God, RCCG, who was arraigned over an alleged N30m Lekki land fraud in Lagos State, western Nigeria.
The Special Fraud Unit of Nigeria Police Force arrested and arraigned Fadare before Igbosere Magistrates’ Court for his alleged involvement in the fraud.
Fadare, who in charge of RCCG’s Fullers Field Parish in Ajah, allegedly connived with Adeola Ajidahun and others at large to defraud Kehinde Ola.
They did so under false pretences of selling two plots of land to him in the Lekki Pennisula Re-settlement Scheme in the Eti-Osa Local Government Area of Lagos State.
Ajidahun who had been previously arraigned in the court on the same charge, had presented the pastor to Ola as his agent.
The complainant was said to have paid N30m to 88-year-old Ajidahun after he showed him some documents indicating that he acquired the land from the state government.
Trouble started when a family in the area challenged Ola’s ownership of the land. He was said to have petitioned the police, leading to the arrests of the suspects.
P.M.NEWS gathered that Ola was not only the victim of the alleged fraud by the suspects, Tony Ezeoke also was defrauded to the tune of N10m by the suspects.


Earlier, the octogenarian had been arraigned and granted bail in the sum of N500,000 with two sureties in like sum before the police arrested Pastor Fadare from his hideout.
Fadare was arraigned and he pleaded not guilty and was granted bail in the sum of N5m with two sureties in like sum.
He was remanded in prison custody at Ikoyi pending when he will perfect his bail condition.
It was gathered that Ezeoke was sold a parcel of the land marked by the state government as road leading to the area.
When Ola, also a victim, discovered the fraud, he petitioned Special Fraud Unit, SFU, and Ajidahun was first arrested and charged to court.
During investigation, the police also discovered that the suspects had allegedly swindled many other victims and was allegedly using PastorFadare as estate agent to defraud victims.
Fadare was arrested last week and charged on Monday to court with conspiracy, obtaining under false pretence and stealing under the Criminal Code.
When Fadare was arraigned, he pleaded not guilty.
The presiding Magistrate, Mrs A. O. Awogboro admitted Fadare to bail in the sum of N5m with two sureties in like sum.
The court also ordered that the sureties must provide evidence of tax payments for three years.
Owogboro adjourned the matter for definite trial.
Tags:   land scam   Lekki   Redeemed Pastor   Trial