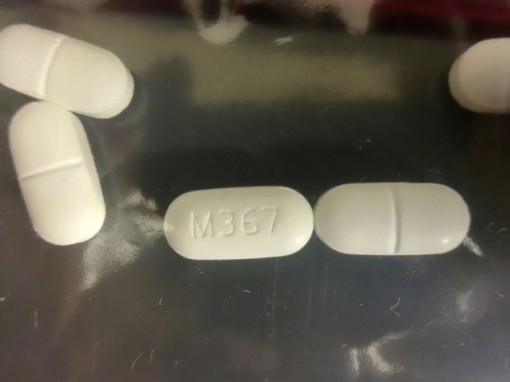 Ten people have died in northern California and scores more have overdosed as an epidemic of street drugs laced with a powerful painkiller sweeps the region.

Officials said the cases began emerging in the Sacramento area in late March with the victims — aged between 16 and 67 — ingesting pills they believed to be Norco, a prescription painkiller.

The white tablets bought on the street were in fact laced with fentanyl, which is up to 50 times more potent than heroin and up to 100 times more powerful than morphine.

“This is the first time we have come across anything like this,” said Laura McCasland, spokeswoman for the Sacramento County Department of Health and Human Services.

She said the victims, who come from all walks of life and were evenly divided between men and women, reported falling ill within minutes of taking the drug, with some losing consciousness and going into cardiac arrest.

As of Wednesday, the illegally sold painkiller had led to 10 deaths and 38 overdoses.

“Some of the victims said they obtained the pills from a friend, a family member or a neighbor,” McCasland said.

Casey Rettig, special agent with the Drug Enforcement Administration in San Francisco, said the epidemic was the number one priority in the region with investigators working round-the-clock to uncover who was behind the fake pills.

The fentanyl scare adds yet another layer to a wider opioid epidemic sweeping the United States and killing thousands.

According to the Centers for Disease Control and Prevention (CDC), opioids — including prescription pain relievers and heroin — killed more than 28,000 people in the United States in 2014, more than in any other year on record.

On average, 78 Americans die every day from an opioid overdose, according to the CDC.

Health officials say the epidemic is linked to an increasing number of Americans using prescription pain medication and then getting addicted.

Fentanyl is a synthetic opioid usually prescribed for patients with advanced cancer pain.

Rettig said investigators believe the fentanyl-laced pills being sold in the Sacramento area were produced in China and then smuggled into the United States through Mexico.

“If you are taking a prescription drug that is not prescribed by your doctor or pharmacist, you are playing Russian roulette.”

Among the victims who have died in Sacramento was a homeless man and a 26-year-old father of three.

“The people who have overdosed are not typically drug addicts,” said Olivia Kasirye of the Sacramento health department. “Many of the individuals said at one time or another they had a prescription and either they didn’t get it refilled or the doctor said they didn’t need it anymore.”

She said some took the pill they thought was Norco to relieve aches and pains only to land in an emergency room.

The fake pills were so powerful that hospital officials reported having to treat the victims with multiple doses of naloxone, which reverses the respiratory and cardiovascular effects of a fentanyl overdose, Kasirye said.

“This epidemic is not limited to just one socio-economic group or neighborhood,” she said. “It really seems to have no boundaries and it doesn’t seem to have one group impacted more than others.

“Our message is don’t buy these pills… because they could kill you.”