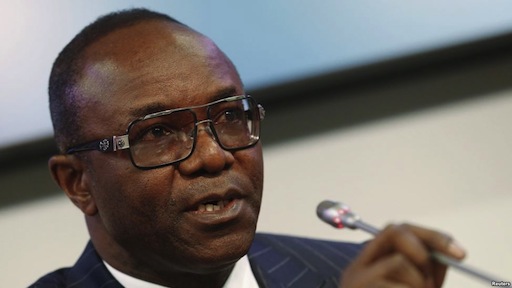 Nigeria will get $200 million in badly-needed hard currency from oil majors to pay for fuel imports and ease petrol shortages hitting the OPEC producer, the head of state-run oil firm NNPC said.

Africa’s top oil producer, which needs to import most of its fuel needs, suffers from hard currency shortages due to a slump in vital oil revenues. For weeks, motorists have been queuing at petrol stations.

“For the first time in this country I have been able to convince the upstream companies to provide some FX buffer over the next one year for those who are bringing in products,” Emmanuel Ibe Kachikwu said in a video to NNPC staff posted on his Facebook website.

The agreement included Total, and Shell which would work with local fuel importer Conoil and ENI cooperating with Oando, he said.

“I had to box my way through the CBN (central bank) to get a bit of (foreign exchange) allocation,” he said, blaming the fuel shortages also on a surge in pipeline attacks interrupting crude flows to refineries.

Last month, Kachikwu, who is also state petroleum minister, said Africa’s top oil producer was in talks with Chevron , Total and ENI to get help revamping its ailing refineries.

Kachikwu also said in the video crude flows had been resumed to the Port Harcourt, Warri and Kaduna refineries.

President Muhammadu Buhari fired the NNPC board and appointed Kachikwu last year to overhaul the company, whose opaque structures have allowed corruption and oil theft to flourish.