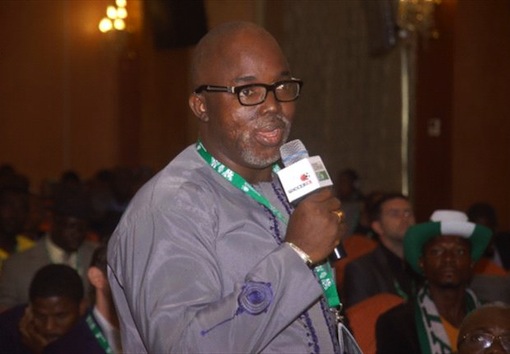 Amaju Pinnick and his board of Nigeria Football Federation, NFF, have swiftly filed an appeal, a motion to vacate the order and a stay-of-execution against the judgement of the Jos High Court, which on Friday decided to re-list a case brought by Ambassador Chris Giwa against the validly–elected NFF administration.

In re-listing the case for hearing on 30 May this year, the court shockingly also restored the order that the election and Congress of 30 September 2014 be nullified. However, since an appeal, a motion to vacate the order and a stay-of-execution has been filed, on the same day as the judgement, the status quo remains.

“This is a sad one primarily because we have enjoyed a period of peace and have been able to work without the court-today-court-tomorrow situation of the last half of 2014.

“We have filed for stay-of-execution and that means the status quo remains and anything done is done at the actors’ peril. I can assure football–loving Nigerians that there is no reason to panic as we are in full charge and there is no trouble whatsoever. There is no order for the Giwa group to take over the Glass House. In fact many of his so called board members have called to dissociate themselves from the matter,” NFF 1st Vice President Seyi Akinwunmi said on Friday.

It would be recalled that the Ambassador Giwa led group had gone to court and withdrawn the case in October 2014, but then later went to the Court of Arbitration for Sports, which threw out their case.