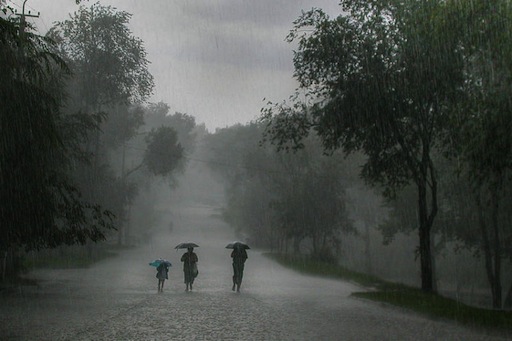 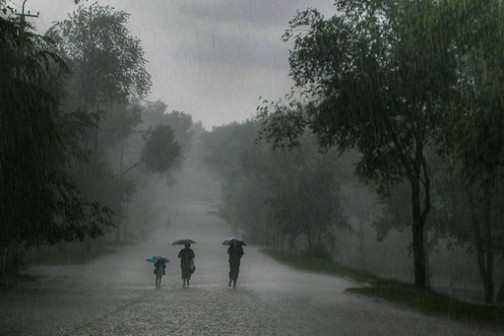 Maiduguri recorded its first rainfall in 2016 on Saturday, lasting for about 40 minutes NAN reports.

NAN further reports that the rain, which was witnessed in all parts of the city, began at about 1:25 p.m., providing relief for the residents, who had been complaining of heat.

Some of the residents, who spoke with NAN, expressed delight at the rain.

“We thank God for the rain; it has actually helped in reducing the high temperature in the environment.

“We pray that the rain will continue for the next few days so that low temperature will be sustained,” Malam Ahmadu Maitagiya said.

Alhaji Modu Rijiya, an Internally Displaced Person (IDP) in camp in Maiduguri described the rain “as a sign of blessing from God”.

“Rain is a blessing from God, the early onset of this year’s rain shows that things will be better for us in the state this year.

“We are hoping to go back home and farm in our communities,” Rijiya said.

Mr Moses Balami, also an IDP, however, urged the state government to provide fertilisers and other farm inputs for farmers in the librated communities.

Balami said that this was enable them begin early preparation for the farming season.

“Government should assist farmers in places like Askira-Uba, Shani, Bayo, Biu, Kwaya-Kusar and other communities liberated from the Boko Haram so they can start farming early enough.

“Government should also assist with improved seedlings because most farmers have lost everything to Boko Haram,” Balami said.

But an official of Nigeria Metrological Services (NIMET) office in Borno, who preferred anonymity advised farmers not to plant yet.

“I want to advise our farmers in Borno to hold on a little before planting their crops as the rain season has not started yet.

“Based on our prediction, the rainfall for Borno for 2016 will commenced late June and end around October, farmers must take note,” he said.