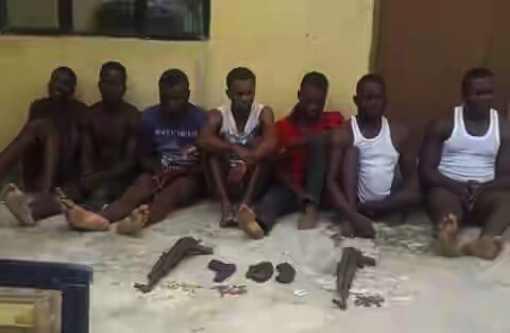 Anti-kidnapping detectives of the Rivers State Police Command at about 1:30 am on Saturday April 9 stormed the hideout of suspected kidnappers in Buguma, headquarters of Asari-Toru local Government Council area of Rivers State and arrested seven of them.

They also recovered firearms and ammunitions from the group.

In a statement issued by Ahmad Muhammad, the Spokesman of the Command he said: “between 0130 hrs and 0400hrs, policemen stormed hideouts of suspected kidnappers at Buguma town and arrested seven of them. The suspects engaged the operatives in a shoot out before they were over powered and arrested”.

“Items recovered from the hoodlums include two AK47 rifles, one Bereta pistol and 39 rounds of assorted live ammunitions.”