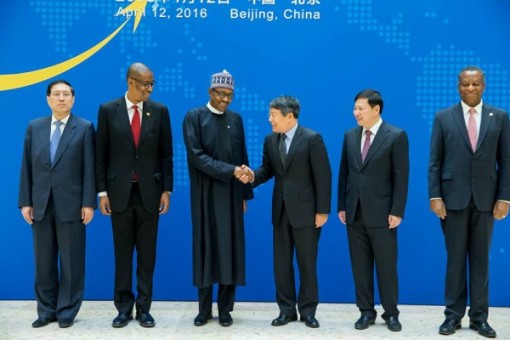 The Lagos Chamber of Commerce and Industry (LCCI) has lauded the Federal Government for signing an agreement with China to increase Yuan component of Nigeria’s external reserves.

Mr Muda Yusuf, the Director-General of LCCI, gave the commendation in an interview with NAN on Wednesday in Lagos.

NAN recalls that Industrial and Commercial Bank of China (ICBC) and CBN on April 12 signed an agreement on yuan transactions during the visit of President Muhammadu Buhari to China.

The agreement is to allow free flow of yuan among various banks in Nigeria.

A 2015 CBN foreign exchange reserves report stated that currency composition of the country’s reserves declined in all the invested currencies except those in yuan which increased by 0.4 per cent.

Yusuf said: “It is good for our economy because it will diversify our portfolio because the Yuan is a strong and stable currency backed by a strong economy with which we do a lot of international transactions.

“The Chinese economy is the second largest economy in the world; there is a relationship between the size of an economy and the strength or quality of its currency.

“This move will greatly improve the fortunes of Nigeria’s economy in view of the rising profile of her trade relations with China.”

He said that the diversification would maintain the value of the country’s external reserves while eliminating losses at a time of increased volatility in major world currencies.