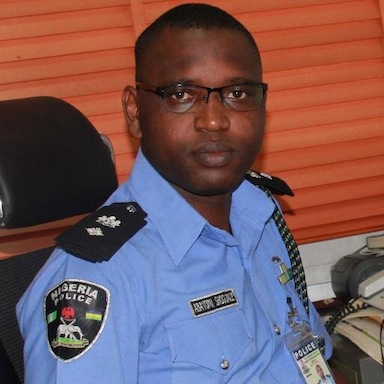 Twenty police officers of various ranks have been sanctioned for misconduct between November 2015 and March this year.

CSP Abayomi Shogunle, the officer in charge of the police Complaint Response Unit (CRU) disclosed this in an interview with NAN in Abuja on Wednesday.

Shogunle explained that the sanction followed complaints received from members of the public during the period under review.

“In the report we released in the first 100 days and up till now, about 20 officers of different ranks have been sanctioned across the country.

“They have gone through the various disciplinary procedures in the force and it will be counterproductive if I start mentioning the names of such officers.”

Shogunle said between January and March, the unit received and processed 1,054 complaints from across the 36 states and FCT.

Giving the breakdown, Shogunle stated that Lagos state tops the complaint chart with 239 complaints representing 22.68 per cent of the total.

He said FCT followed with 190 complaints, representing 18.03 per cent, while Rivers trailed with 100 complaints or 9.49 per cent.

Shogunle said the unit received only one compliant each from Ekiti, Sokoto, and Yobe states respectively, representing 0.09 per cent.

He said 899 cases of the complaints received had been resolved following investigations, with 96 found to be false, while 69 were pending.

Shogunle said that during the period under review, 21 distress calls were received by the unit.

He said that there was consistent decline in complaints from Ebonyi, Benue, Oyo, FCT, Zamfara, Ogun, Bayelsa, Niger, Ondo and Yobe states.

Shogunle attributed the decline in complaints to sanctions meted out to erring personnel.

He said the unit would make recommendations to the Inspector –General of Police on steps to take to check misconduct among policemen.

“We are still studying the reports and in the coming days we are going to make appropriate recommendations to the Inspector-General of Police on how the situation can best be addressed,” he said.

He said the unit had not been able to create awareness at the grassroots although it had been collaborating with the media to get to where it was today.

The officer in charge, however, noted that with time, most Nigerians would be aware of the existence and importance of the unit.

According to him, the establishment of the unit has changed the way members of the public interact with the police.

“I can conveniently say that the CRU has significantly changed the way members of the public and police interact with each other,” he said.

He urged the public to report any misconduct by policemen through the unit.

NAN reports that the Inspector-General of Police, Mr Solomon Arase, inaugurated the unit on November 13, 2015.