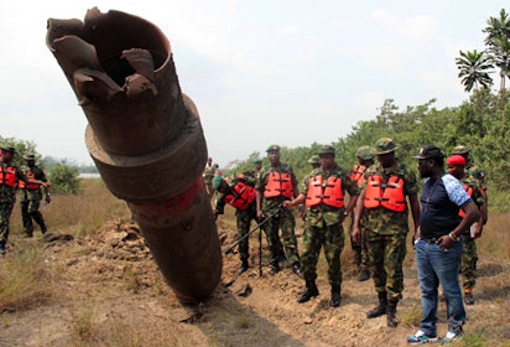 The Independent Petroleum Marketers Association of Nigeria (IPMAN) on Wednesday, urged the Federal Government to provide effective pipelines surveillance equipment to tackle incessant vandalism of the facility across the country.

Chairman, IPMAN, South-West, Alhaji Ahmed Debo, made the call in an interview with NAN in Lagos.

Debo said that provision of sophisticated equipment along pipelines network would improve effective distribution of petroleum products to depots across the country.

According to him, if the oil companies, government and the international donors can provide surveillance equipment, it will go a long way in tackling pipeline vandalism and oil theft.

He advocated sustained enlightenment programmes to make the populace accustomed with the dangers of oil theft and illegal bunkering.

“By educating the host communities, they will be aware of the devastating effects of illegal oil bunkering on the economy and development of our nation

“The sensitisation programmes will make the public to realise that they have a major role to play in reducing the scourge on the society.

“The extensive enlightenment programme in communities where these pipelines pass through will make them know the dangers and encourage them to report cases of pipeline vandalism to security agents.

“In any region where crude oil theft is prevalent, it reduces the healthy growth of such forest to mere grasses, while fish and other aquatic animals are on the verge of extinction,” Debo said.

He said that pipeline vandalism had brought high cost of operation, loss of revenue to the nation, and disruption of product distribution, causing fuel scarcity.

The IPMAN chairman said that illegal oil bunkering was causing the nation a heavy sum of money to repair vandalised equipment.

According to him, the money that is supposed to be used for improving the economy to benefit citizens is being channelled toward repairing and replacing vandalised facilities.

He advised that oil companies should be more effective and thorough in the monitoring of pipelines to ensure that vandalism was eliminated, adding that the government should address issues of leakages in oil depots.