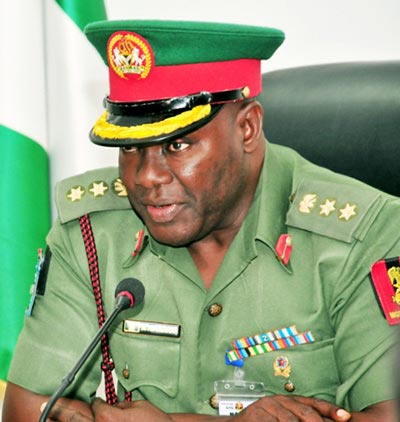 Nigeria Defence Headquarters has raised alarm that in their desperation to unleash terror on the people, the fleeing remnant of Boko Haram terrorists have been laying land mines on stretches of farm land across North East Nigeria.

Brigadier General Rabe Abubakar, Director of Defence Information who revealed this in a statement on Tuesday also alerted the public that terrorists now operate with horses to carry out attacks on isolated villages and communities along fringes of our borders in the North East. He recalled that there was an instance of such attack using horses recently.

“These latest tactics of the terrorists is a grand design to cause fear and panic among the farmers as well as the local populace. The security forces will continue to be on their trail until they are completely flushed out of our country.

“While the military and other security forces are doing everything possible to neutralise these mine threats, individuals and citizens are advised to be mindful of strange and suspicious objects in their farmlands and localities as well as be weary of those coming on horses as they can be terrorists and to report same to the security forces for prompt action,” Abubakar warned.