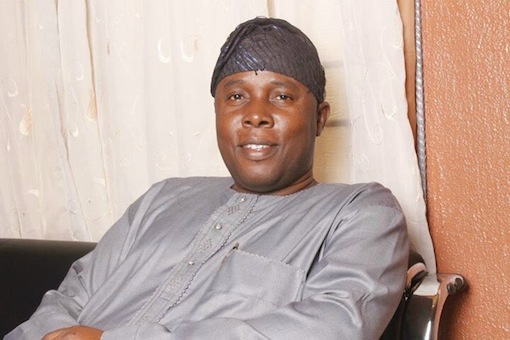 Public and private primary, secondary schools as well as tertiary institutions in Lagos, western Nigeria may soon commence compulsory teaching of Yoruba Language according to Lanre Ogunyemi, chairman of the House of Assembly Committee on Education. He speaks with EROMOSELE EBHOMELE

Q: What is the idea behind this Yoruba Summit because we understand it is going to be a big event.

Well, it is not a summit per se, it is a stakeholders’ forum. And the reason behind the proposal is to promote the Yoruba Language, culture as well as tradition. You would recall that sometimes in 2012, the Lagos State House of Assembly moved a motion asking that Yoruba Language be compulsorily taught in all the public and private schools in the state in line with the dictate of the national policy on education. As a child, we learned the language of the immediate environment, in which case, for Southwest, it is the Yoruba Language, for Southeast, it would be Igbo and for North, it would be Hausa Language. For any reason, if I find myself in the North and I am from the Yoruba extraction, I must learn the Hausa Language as a way of building and fostering unity in the country. Again, in 2015, the Lagos State House of Assembly still reiterated that motion by asking that all our schools embark on the teaching of Yoruba Language compulsorily. Apart from fostering unity, we use the language which is our mother-tongue, to preserve our tradition and culture such that generations yet unborn will continue to transfer, like we would be doing to them, to generations coming after them. So, in a nutshell, what we are saying is a lot of our schools, public and private, are either not teaching the language again or not having teachers to teach the language. In some cases, when you speak the language, they say it is vernacular. The truth of the matter is that even UNESCO set aside one day as Mother-Tongue Day to preserve local dialect and indigenous languages from going into extinction. That is why we think that we should also follow up with that.

Q: How important is this move actually?

Let me also say for the umpteenth time that in other climes, take Germany for example, France, Turkey, Russia, Italy, Ukraine and others use mother-tongue as a means of teaching. English is our own lingua franca, but we are also learners of English as our second language. The immediate first language that we have and that the child is born into is the mother-tongue whether we like it or not. But what do we have today even in schools, among peers and other occasions, we want to compulsorily ask our children to learn and speak English, pushing our own indigenous language to the background. So, in all of this, think we should bring all stakeholders together. The National Policy on Education says the child shall (not may) learn a language of his environment. Now, I have said three times this House has passed a resolution and the government is aware of it and we feel that as a way of strengthening the resolutions we have passed, we must follow up by bringing the stakeholders, public and private schools in the state together to say it is getting to a time we will start enforcement but before we do that, let us give a period of moratorium within which all schools would go back and start the process of implementation; maybe two sessions but that could be giving too much.
A lot of private schools which offer international curricular do not teach our language, but they teach languages of other countries like Germany, France, Turkey and the rest. Why won’t they teach the language of the environment in which they operate? That to us is unacceptable and we think we need to do something about it. The stakeholders would include operators in the education sector, owners of schools, royal fathers, operators of the language, Tutors-General and others. We will look at all angles to the issue and commence implementation. It shouldn’t be just within primary and secondary schools, even our tertiary institutions must also incorporate Yoruba Language into their General Studies so that as a student, irrespective of the course of study, you would still learn Yoruba Language.

Q: Some traditional rulers have also harped on the need for people to keep the language alive and since 2012, the House has made efforts to see it implemented, but there has been no political will. What then gives the belief that there would be the political will to implement it?

Let me say this eighth Assembly is distinct. You would have seen the way we have gone about our activities since inception, you would also have seen the determination and zeal we put into the job. The House Committee on Education which I chair, for instance, is no longer an arm-chair committee where you stay back, listen to reports from stakeholders and just conclude that what you have heard is correct. Now, there must be verification of those claims and that is why I have a very strong conviction. The Lagos State House of Assembly is probably the only House of Assembly in Nigeria that allocates one day in a week at plenary to speak Yoruba Language. I am not sure there is any Assembly in the country that has so given priority to language at plenary like that. So if we have blazed the trail in that direction, you can be sure we attach so much importance to the language and will go extra mile to do everything to make sure it is enhanced, strengthened and preserved. Out political will can never be in doubt and I know that the Akinwunmi Ambode administration and this Assembly working in synergy, most of our resolutions in the House have always received the favourable attention of the governor and I know this one will not be an exception. What we are out to do is to strengthen education. The likes of Prof. Babs Fafunwa in their days, had their education and the means of communicating to them in Yoruba Language. And they did excellently well. So, we are determined. I want to assure that after the period of moratorium, you would see how we would go about the implementation. I also want to tell you that the implementation will be done in full collaboration with the Lagos state government for the definite goal.

Q: And you don’t think of a possible clash with owners of privately owned schools?

I really do not think so; they operate within this domain that you call Lagos. The terms of operations are very clear. The government would set policies for operations and they would key into it. So I really do not think so. Rather than expecting to have any kick against it, we need to look at how it would help all of us. We do not envisage it unless they do not operate within the ambit of the law which we also consider in all that we do. The National Policy on Education emanates from constitutional stipulation. We are doing what is right and we know we will get tot he very end of it. I am very convinced that everybody will give this the necessary support that it deserves.

Q: When is this stakeholders’ forum coming up?

To drive it home and make it remarkable, the House is trying to look at it as what could be one of the events to marking the first anniversary of this eighth Assembly. It is tilted towards this first anniversary. There would be some other major event, but this forum is to reemphasise our stand that this is very important to us.