Most Nigerian cattle not owned by Fulani herdsmen - Shawulu 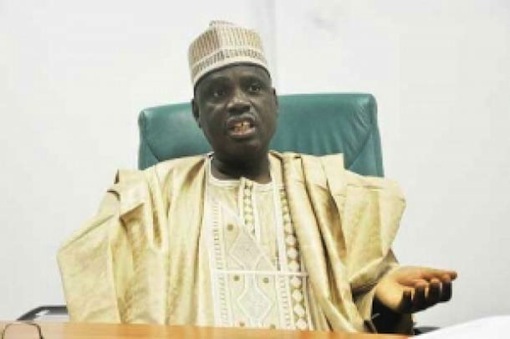 Rima Shawulu, the Chairman of the Committee on Army at the Nigerian House of Representatives, who spoke on Friday morning on a television programme monitored in Lagos by EROMOSELE EBHOMELE has revealed that the Fulani herdsmen do not own all the cattle in Nigeria.

Q: What is the state of the grazing reserve bill?

This is not a new thing that is happening as it was introduced into the House and Senate in the last Assembly but the bills did not scale through. In the eighth Assembly, it was reintroduced into the Senate. Two other people introduced bills. All the bills were consolidated into one and it has not gone through second reading.

It is a controversial bill that seeks to solve a problem it cannot solve. None of them should see the light of day because it would compound the problem. You are talking about a grazing reserve, but which land in Nigeria is a virgin land not belonging to anybody? What are communal clashes about? Over land. You are proposing that a certain percentage of land should be taken for grazing. The question you should ask is cattle rearing is an economic activity just like those who engage in yam and cassava farming. Which one would you say should stop for the other? We have 16 million cattle head. We still import all the cheese and milk we need in the country, what we get from our cattle is beef. Nomadism is an economic activity that dies off with time. Do our neighbours rear their cattle the way we rear our cattle? When cattle graze, they don’t regenerate the land the way poultry regenerates land. If you take a percentage of the land, the cost will be more than the cost of the cattle heads. Dams were primarily created around the northern areas to cater for cattle rearing. It is curious in my opinion that today when we have lesser cattle is now the period we have problems. Two years ago in Adamawa, some herdsmen were caught and later discovered to be Boko Haram. We have fewer cattle and increased conflict, something is not straight. It is like giving the Fulani a bad name.

Q: Is it becoming another form of terrorism…

If you look at the cases since 2014, many people have been killed; even my own constituency, last week, 17 people were killed. The assumption that the Fulani herdsmen are behind it may not be correct.

Q: What solution do we provide for the herdsmen so that there would be no conflict?

The presumption is that we have come to a conclusion that the herdsmen are the ones creating the problem. Secondly, the bill is not constitutional. Where will the governor get the land from? He would go and take it from a farmer and give to them? When you want to rear fishes, you go and buy land. You don’t go to government to get you land. Taraba is supposed to be one of the places
Most of the cattle you see don’t belong to the Fulanis, but they belong to us, elite and big men who employ Fulanis. Why would such big men not buy land but instead want the government to give them land? That is a fact, we pay them to keep our cattle. What would happen if you remove the availability of land? It would be cheaper for the government to buy all the 16 million cattle heads and replace them with the breed that grows up to 700kg instead of the one hundred and something kg.
There is a cost to land. What is the cost of this land and that of the cattle? That way of life, moving from one place to another, has been done in all societies and would fade away with time. You cannot therefore come and create more problem by expropriating land. In the Sahara, we are having a problem with overgrazing leading to desertification. Isn’t it better for us big men to get the land, grow the grass and keep the cattle there?

Q: What should be the place of the Nigerian Army?

As you know, the Nigerian army is in operations in all the 36 states performing what the police should be doing. The army is overstretched. This is a challenge we need to sit down as a community to discuss. People don’t want to sit down and study. The poor in the Fulani have challenges, they want to be integrated. Many of them are kept in the bush by us the elite. Do they want to remain in the bush? They want to be integrated. Integration is forced, but you encourage them.

Q: We have seen reports that some of the herdsmen wield AK-47 and their methods of attacks. Don’t you think the army should be interested?

The army has been interested. The army has been involved. But you cannot take them out of everything they are doing to face one line. Coming to solve a problem by creating another problem will lead us nowhere. You have cattle rustlers creating chaos in Zamfara, but what do you think that these cattle rustlers may be from neighbouring countries coming to cause trouble in Nigeria?