President Muhammadu Buhari, has authorised that, the government of the Federal Republic of Nigeria and Attorney General of Federation and Minister for Justice alongside National Oil Spill Detection and Response Agency (NOSDRA) on behalf of 350 communities in Delta and Bayelsa states affected by Bonga Oil spills of 20 December 2011, to commence legal action against Shell Nigeria Exploration and Production Company.

The Federal Government is demanding for N884 billion as compensation for oil spillage that destroy the affected communities.

The Nigerian government is also demanding for another sum of N495 billion as restitution and restoration of the devastation of the economic zone of the Nigeria territorial water and N50 million as cost of this legal action. 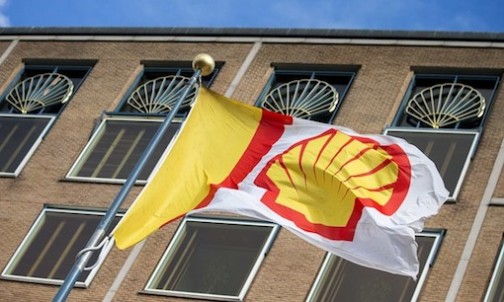 In an affidavit sworn to by a deputy director, Oil Field Assessment department of NOSDRA, Mr Akindele Olubunmi and filed before a Federal high Court Abuja, the capital city of Nigeria by a Lagos lawyer, Barrister Awosika Dada Adekunle, the deponent averred that he has the consent and the authority of, President Muhammadu Buhari, A. A. Malami SAN, Attorney General of the Federation and the Director General of NOSDRA to depose to this affidavit, stating that, the plaintiffs brought this legal action for themselves in relation to damage and devastation done to the exclusive economic zone, ecosystem, marine life and the environment caused by Bonga crude oil spills of 20 December 2011.

The Nigerian Government alongside, NOSDRA are also suing in order to protect the interest of fishermen and persons affected by the Bonga crude oil spillage numbering about 285,000 persons from 350 communities and satellite villages with their consent to institute this suit.

Mr Olubunmi averred further that, around 20th December, 2011 Shell in the course of their oil and gas exploration activities within OML 118 approximately 120 kilometers off the coast of Guinea, the defendants export line linking their Float Production Storage and Offloading (FPSO) vessel at their Bonga Field deep offshore, which was supplying crude oil to a tanker (MV NORTHIA), ruptured and thereby spewed out crude oil into the sea, the incident was reported to the Federal Government that same day through NOSDRA.

“The defendants admitted spewing out 40,000 barrels of crude Oil into the sea causing devastating and degradation of the aquatic life, marine environment including the territorial waters of Nigeria along Niger Delta axis and destruction of the sea beds and aquatic lives in the continental shelf within the Nigeria exclusive economic zone. There were severe disruptions to communities, persons, lives and property of people in the shoreline area as a result of the spill.

The plaintiffs, commissioned consultants and expert, in collaboration with other stakeholders that included, Nigeria Maritime and Safety Agency, Nigeria National Assembly Committee on Environment and Ecology to carry out the mapping area that suffered economic losses and damages.

Aftermath of all the investigations and in line with their statutory duties and obligations, the plaintiffs notified the defendants of their decision to pay $3,600,191,206, representing compensation to the 350 communities and satellite villages impacted by the Bonga Oil spill disaster and Punitive damage which is to be paid to the plaintiffs as sanction totaling $1.8 billion from the said sum to deter occurrence of such dastardly act.

However, it was alleged that despite the facts that the defendants have processed and received insurance claims for the crude oil spillage that occurred at OML 118 Bonga Oil Field on 20 December 2011, the defendants have refused and neglected to pay compensation, punitive damages and cost of restoration, restitution and redemption of the environment statutorily assessed by the plaintiffs.

The plaintiffs punitive compensation was adopted after the United States Supreme court decision of 25 June 2008 against Exxon Valdez in Wallings Versus Waillings and in line with international best practices as it has been seen in other climes like Ecuadorian court awarded $9.5 billion against Chevron Corporation and most recently in the United States of America, British Petroleum in April 2011 settled and agreed to pay $20 billion oil spill at Gulf of Mexico to be shared among various communities directly impacted by the disaster.

Consequently, the plaintiffs are now seeking the following reliefs from the court: