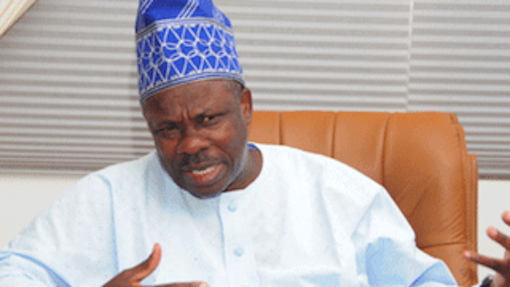 The Ogun State House of Assembly has passed into law the Local Government Amendment Bill 2016, for the creation of 37 local council development areas (LCDAs).

The passage of the bill titled: “H.B No. 02/OG/ 2016- The Local Government ( Creation and Transitional Provisions) Amendments Law, 2016,” was sequel to the report of the Committee of the Whole House presented by the Deputy Speaker, Olakunle Oluomo.

Oluomo moved for the adoption of the report during plenary in Abeokuta and was seconded by Adebowale Ojuri, representing Odogbolu constituency.

He said that referendum was conducted in five out of the 37 proposed LCDAs, adding that the House also conducted a three-day stakeholders’ forum where memoranda were submitted and treated fairly by the House.

Oluomo, representing Ifo 1 constituency disclosed that after a thorough scrutiny of the referendum report, the committee recommended that the name of the 20 existing local government council areas in the state be maintained with their respective headquarters.

According to him, “The 37 LCDA’s which are listed in the schedule to the law are inchoate until such a time as the National Assembly shall pass an Act to make consequential provisions with respect to the names of the LCDA’s.

“Section 2(1) and (11) of the States : “The Local Government Areas for the time being listed in part 1 of schedule 1 of the 1999 constitution and in the schedule of the Amendment Law remain valid and in existence.

“That all other local government areas listed in schedule 11 of the Amendment Law shall for the time being, operate as Local Council Development Areas, the funding of which shall be borne by state government”, Oluomo explained.

The Majority Leader, Adeyinka Mafe, moved the motion for the third reading of the bill, while it was seconded by Oyenuga Olufowobi.

The Clerk of the House, Mr Muyiwa Adenopo, read the bill for the third time, while the Speaker, Mr Suraj Adekunbi, ordered that the clean copy of the bill be forwarded to the governor for his assent.

Governor Ibikunle Amosun had on March 10,2016 sent an executive bill to the House seeking to restructure the existing 20 local government councils and create additional 37 LCDAs.

With the passage of the bill into law, these are the 57 Local Government Areas & Local Council Development Areas in the state. Newly created ones asterisked