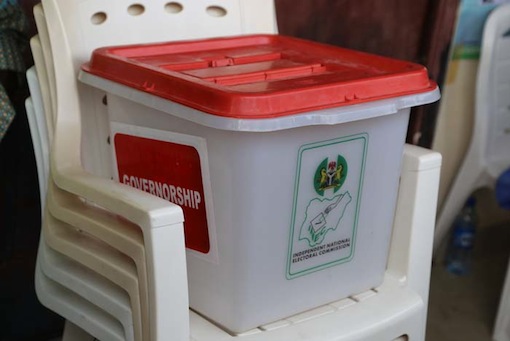 Ahead of the September gubernatorial election in Edo State, a group, Edo Muslim for Equity and Good Governance (EMEGG), has insisted that members of Muslim communities in the state will not settle for anything less than a Christian/Muslim governorship joint ticket.

Coordinator of the group, Sirajudeen Muhammad, made the position known while addressing a press briefing in Benin, Edo state capital.

He noted that the group’s demand was not alien to the Nigerian political system.

Muhammad alleged that Muslims in the state have been completely sidelined in the governance as well as short-changed in all affairs of the state.‎

The EMEGG Coordinator said it was a known fact and common practice that in a state with reasonable percentage of both religions, religion plays a role on who becomes the governor and the deputy governor.

He pointed to states like Kogi, Ondo, Ekiti, Kaduna, Lagos, Taraba among others, where such is the case, but regretted that the case was the reverse in Edo state.

“We the Edo Muslims for Equity and Good Governance (EMEGG) on behalf of the entire Muslims in Edo state wish to re affirm our commitment towards the actualization of the joint Christian/Muslims governorship ticket for the Edo September 10, 2016 gubernatorial election,” he said.

Muhammad alleged that the Edo Muslims that represented not less than 40 percent of the state population have always been short-changed in the state affairs.

He however urged all political parties to ensure that the interest of the Muslims as it relates to fair representation is considered while conducting parties’ primaries.

He also alleged that of the 700 members of the 300 state government boards and committees’ members, only 76 members were Muslims.

While noting that the agitation was not in any way a war against the fellow Christians brothers, he said it was only agitation for a partnership in progress in the state project.

He however called on all political parties and aspirants to maintain peace and decorum throughout the period of their electioneering campaigns, as well as aspirants to be mindful of their utterances and actions that can put the state in a state of unrest.