One killed, over 300 houses destroyed by rainstorm in Cross River 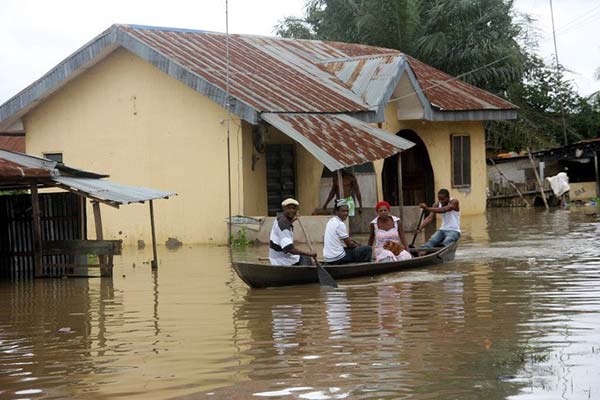 Heavy rainstorm has killed a 19-year-old girl and destroyed no fewer than 300 houses in Bansan and Irruan communities in Boki Local Government area of Cross River.

Inaku said that the rainstorm came as a result of heavy rain that fell in Bansan and Irruan communities at around 3.00 p.m on Saturday, May 14 and ended around 7.00 p.m.

He said, “Gov. Ben Ayade was shocked when I communicated the news to him. He is a listening governor; he has promised to assist the affected communities with relief materials.

“He has equally asked me to do the total costing of what it would take to send relief materials to the people in other to alleviate their plight”.

He confirmed that the heavy rain storm destroyed no fewer than 72 houses in Bansan, and a 19-year old girl was killed, with over 228 houses affected in Irruan.

“Residents in the communities confirmed that the rain started around 3.00 p.m on Saturday afternoon and ended around 7.00 p.m.

“We learnt that the heavy rainstorm caused havoc to the people,” he said.

Bisong, who also visited the area to console with his people, said that he would work closely with SEMA to ensure that the affected communities were given relief materials.

“Part of the windstorm was caused by over deforestation, especially in Bansan community.

“They have been so much timbering in the area such that all the heavy economic trees have been brought down for business purposes.

“The state government has advised residents to stop the cutting down of trees, but to no avail.

“Even when they cut down some of these heavy trees, there is no re-planting of new ones”, he said.

The lawmaker appealed to those whose houses were not affected to render shelter to the displaced ones who might approach them for help.

One of the victims in Bansan, Mr Paulinus Abang, told NAN in a telephone interview that the community was in an urgent need of government’s assistance.

“The situation on ground is pathetic. The rainstorm has blown off the roof of our houses, while others were totally brought down.

“We are appealing to government for assistance because most of us here in the village are farmers and local government workers who feed from hand to mouth”, he said.