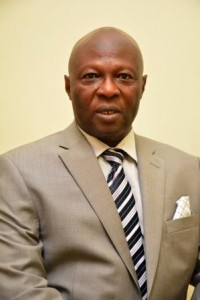 The Lagos State Government has earmarked N36 billion to proffer lasting solution to the incessant ocean surge being experienced along the Lagos coastline.

The state’s Commissioner for Waterfront Infrastructure Development, Mr Adebowale Akinsanya disclosed this at the ongoing Ministerial briefing in Alausa.

“The fund is meant for the construction of 18 Groynes (sea breakers) at intervals of 400 metres along the entire length of 7.5km between Goshen Estate and Alpha Beach,” he said.

Akinsanya said that construction of each groyne cost N2 billion and the project, awarded in November 2012, was divided into three phases for funding reasons.

He said that Phase 1 of the project, which was the construction of three groynes, commenced in January 2013 and had been completed.

The commissioner said that Phase 2 of the project – the construction of 12 groynes – was awarded in June 2013 and work commenced in January 2014.

“As at the beginning of this administration, 4km stretch of the shoreline was protected, and in the last 12 months, 6.0km has been successfully protected while work is still on-going.

“Total percentage of work done so far on Phase 2 is 80 percent.

“Also, the Phase 3, which is the construction of three groynes of the project, has been awarded and work has commenced on it,” he said.

Akinsanya also disclosed that the state government had approved the development of three islands in the state, which are Diamond, Orange and Gracefield Phoenix Projects.

He said the Diamond Island development would rival Banana Island and involved the reclamation of Ilubirin foreshore by SPA Dredging Company Ltd.

He explained that the Orange Island development project was aimed at the development of a fully serviced community in the Lagos State Lagoon, with about 450 metres off the Lekki Phase I headland for the reclamation.

“The reclamation of Phase 1, measuring approximately 150 hectares, has been completed and a road alignment has also been reclaimed, which makes it accessible by driving from Freedom Way.

“The project, upon completion, will not only add to the existing stock of land mass, but add to the ground rent and other taxes accruable to the state, which will boost the State’s Internally Generated Revenue,” he said.

Akinsanya said that Gracefield Phoenix Project was a joint venture with the State Government.

He said that exclusive right had been granted to Gravitas Investment Limited to reclaim 100 hectares of land inside the Lagos Lagoon at the Northern end of Chevron Way and Northern offshore of the Ajiran land.

“The Island is to be known as Gracefield Phoenix Island.

“So far, about 30 hectares of land have been reclaimed to a height of 1.8 metres above mean sea level.

“It is now possible to drive from Chevron Drive to the Gracefield Island; they have also reclaimed over 30 hectares presently and achieved a finished height of 1.8 metres,” he said.