Nigerian rugby player, Itoje is European Player of the year 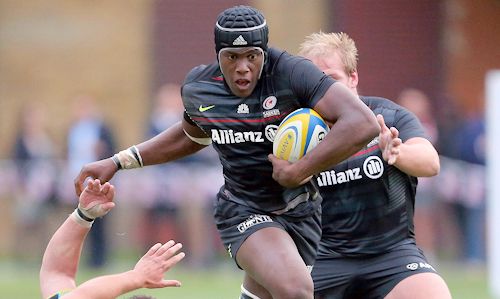 An England-based Nigerian Rugby player, Maro Itoje, 21, has been named European Player of the Year after winning the sixth Nations Cup with his England team.

This is contained in a statement signed by Olatunji Fasimoye, Technical Director of the Nigeria Rugby Football Federation in Lagos on Tuesday.

According to the statement, Nigerians are naturally fit for rugby and in few years will be rated next to South Africa if we give the game the needed attention.

“There have been a large number of Nigerian-born eligible players who have for a variety of reasons, opted to play for other nations.

“We believe with the right funding, we will be able to have these players play for the Black Stallions in the nearest future.

“We must improve our scouting programme and deal with issues that bother around insurance and early preparation for tournaments.”

The statement said that Itoje, who is multi-talented, was born in Camden, north London from where his parents Efe and Florence moved to Britain after marrying in Nigeria.

He follows in the footsteps of previous English winners Nick Abendanon, Armitage and Jonny Wilkinson but insists his game remains work in progress.
“I feel I’m nowhere near where I think I can be. I think there’s a lot to come.

“I am still young and there’s still a hell of a lot of things I need to work on.”