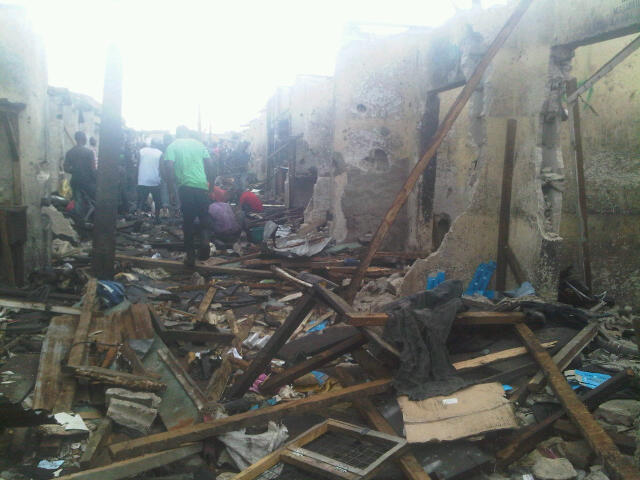 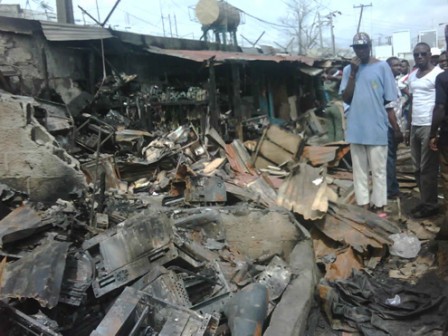 No fewer than 40 lock-up shops with different auto spare parts worth millions of naira were on Wednesday morning destroyed by early morning fire at the Ladipo Auto-Market in Mushin, Lagos State.

The Director, Lagos State Fire Service, Mr Rasak Fadipe, who confirmed this disclosed that the fire started at about 1 a.m.

On April 20, more than 50 shops with assorted vehicle spare parts were burnt at the Osoro Section of the market.

Fadipe said that when his office got information about the inferno, his fire fighters were unable to access the scene of fire due to a clash that happened in the area during the night.

“We got a call at about 1.20 a.m., but we could not move into the complex at Odushina Street, Papa-Ajao, Mushin, scene of the fire due to a fight going on in the area.

“The Divisional Police Officer at Olosan Police Station, Mushin, led us with his patrol vehicles to the scene before we were able to put out the fire at about 4.46 a.m.

“There were no cases of death or injuries recorded from the inferno.

“My men, however, saw some people with blood all over their bodies, which they suspected were injuries from the fight, “ he said.

Mr Nkire Ezeigbo, the Public Relations Officer (PRO) of the auto-market, said that the clash was caused by alleged collection of illegal fees.

Ezeigbo said that some hoodlums were allegedly collecting illegal parking fees from traders on Odushina and Olapeju Streets.

“The traders with shops in these streets are the people parking their cars in front of their shops, but some area boys came and started collecting money for parking.

“It was when the traders resisted them (hoodlums) that the fight broke out. The hoodlums destroyed the windscreens of some of the vehicles parked in the two streets and set others ablaze.

“Fire from some of the vehicles set ablaze by the hoodlums may have spread to the complex where shops and goods were burnt.

“The leadership of the market would meet this morning to investigate the immediate and remote causes of the clash and the fire incident,“ Ezeigbo said.