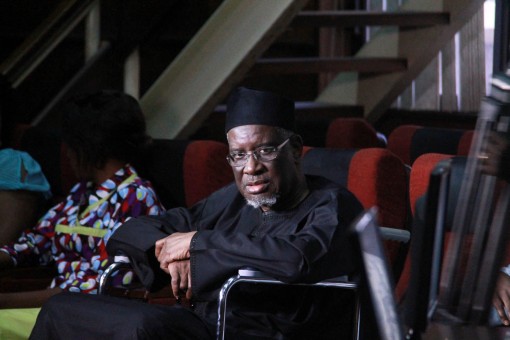 A witness in the ongoing trial of a former national chairman of the Peoples Democratic Party, PDP, Haliru Bello, Yazidu Ibrahim, a Staff Officer, Accounts, Office of the National Security Adviser, ONSA, has told the Federal High Court, Abuja, how he was instructed to pay the sum of N300 million to a company, BAM Projects and Properties Limited, owned by Bello.

Bello alongside his son, Bello Abba Mohammed, and their company, Bam Project and Properties Limited, are being prosecuted by the Economic and Financial Crimes Commission, EFCC, for allegedly receiving the sum of N300 million from the office of the former National Security Adviser (NSA) Col. Sambo Dasuki (retd.).

At the resumed hearing on May 18, 2016, Ibrahim told Justice A. R. Mohammed that he received a written instruction on a piece of paper to prepare a payment mandate for BAM in the sum of N300m.

Led in evidence by Adebisi Adeniyi who stood in for Rotimi Jacobs, SAN, Ibrahim further stated that the piece of paper had the account name, account number, amount and reason for payment (Payment for Safe Houses).

According to him, there were two signatories on the payment mandate: Muhammed Sambo Dazuki, a former National Security Adviser, and S.A. Salisu, Director, Finance and Administration.

‘‘After they have signed the paper, I would also sign before taking it to the bank (Central Bank of Nigeria),’’ he said.

Prior to giving this revelation, he had told the court that there were procedures for making payments, which included presentation of documents, approval of the documents and instructions from the Director of Finance, among others.

He stated: ‘‘Documents to be presented included are: contract documents, contract agreements, signature of the contractor and voucher.

‘‘After the documents had been presented, I would prepare the payment mandate, which would be passed to the NSA and DFA for signing before taking it to the bank for payment.

During cross-examination by counsel to the first defendant, Solomon Umoh, SAN, the witness told the court that he did not know if there was any contract between the defendants and Office of the National Security Adviser, adding that he was not in the position to know why payments were made.

‘‘No documents for payments were made available apart from the piece of paper sent to him,’’ he added.

The case has been adjourned to June 1, 2016 for further cross- examination of the witness by counsel to the second and third defendants.