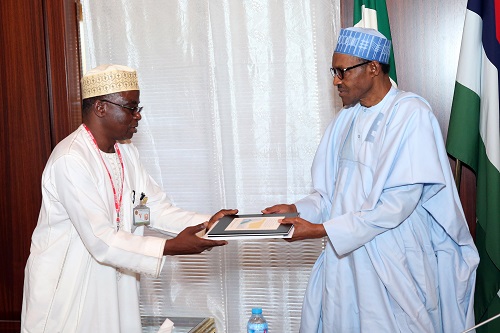 Dr Mohammed Ahmed, the Director-General, National Boundary Commission (NBC), has commended the governments of Benue and Ebonyi states for achieving a truce over the boundary challenges between them.

The commendation was contained in a statement issued by Mr Kabir Bala, the Resident Information Officer of the commission, made available in Abuja on Thursday.

The statement quoted Ahmed as saying that the reported cases of attacks and counter attacks resulting in loss of lives in the Agila and Ngbo communities was unfortunate.

The NBC boss, who chaired a joint meeting of officials of Benue and Ebonyi States Boundary Committee with the Representative of the Surveyor-General of the Federation in attendance, said the killings must stop in these communities.

He said peace was very necessary for societies that were in dire need of development, stressing that “there is no alternative to peace; conflict often affects the people adversely and impedes development economically and socially.”

The director-general stressed the need for peace to prevail to enable communities to benefit from government`s programmes meant for economic and social development.

He added that a communiqué issued at the end of the meeting deliberated on so many issues that would lead to the cessation of hostilities between the communities.

He said that it was resolved that Benue and Ebonyi states would be assisted by the affected local government areas and traditional institutions to
enlighten the affected communities on the need for peace.

He noted that the meeting also resolved that the Inter-communities Joint Peace Committee should meet monthly on rotational basis and adequately brief chairmen of their respective states boundary committees.

It was also resolved that NBC should coordinate a joint enlightenment campaign from June 17 to June 27, as the Federal Government continued the demarcation exercise as soon as peace was guaranteed in the affected communities.