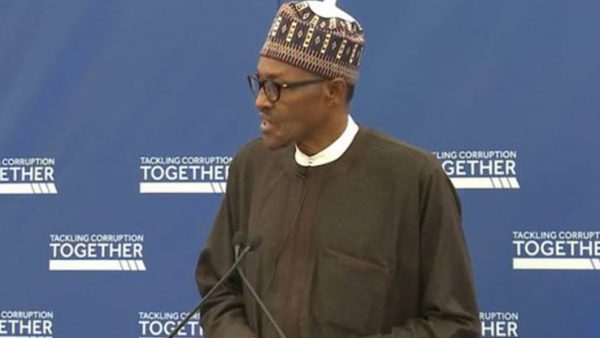 In a series of damaging policies aimed at increasing Nigeria’s revenues and cutting cost, Buhari and the APC have placed the entire financial burden of uplifting Nigeria on the backs of the nation’s poor. The Buhari “progressive” administration has moved to increase electric tariffs, raise stamp taxes on account deposits of 1000 naira, proposed a cell communication tax, and deregulated fuel resulting in a price hike.

Looking at the impact of Buhari’s policies, it is clear that his administration is intent on forcing the masses and the poor to pay for Nigeria’s economic woes while the fabulously wealthy in Nigeria continue to pay very little, if anything at all. The wealthy can afford to pay a little extra in electric costs, since many of them own large private generators at their homes and offices. Further, stamp taxes on deposits as small as 1000 naira, will impact the small account holders, forced to make deposits of daily wages to prevent being robbed, than it does on a large account holder, hoarding dollars and naira in the same account. The most recent fuel price hike, also has a much more damaging impact on the transport costs of the masses than it does on the wealthy, who can afford to pay extra for petrol, and who chose to travel in private cars instead of public transport.

Despite all these regressive elitist “austerity” policies, the Naira value has crashed on the black market, and the government is finding it very difficult to save any of its foreign exchange earnings, despite the rebounding of oil to almost $50 a barrel, government borrowing has increased, and inflation on basic goods is now rampant across Nigeria. While the poor are being asked to pay more for fuel, electricity, banking services, soon cell phone usage, and basic consumer goods, Buhari’s administration has not so much as lifted a finger to require Nigeria’s fabulously wealthy to pay as much as a kobo more to the state to help stabilize the national economy. In much of Africa, the tax rate is far higher than it is in Nigeria, and the elite in much of the world are required to contribute to the state that has made them wealthy far more than Nigeria’s elite. However, in Buhari’s Nigeria, the wealthy are being protected by the seemingly def and unaccountable elitist administration, and have not been required to contribute much at all.

Needless to say, this is not working at all, and the Nigerian economy continues to suffer. Elites in Nigeria own fleets of cars that any responsible government would require them to pay luxury taxes for, but not in Buhari’s elitist run Nigeria. Elites in Nigeria own many mansions, sometimes as many as 10 palaces on a single compound, that anywhere else in the world would warrant a high luxury tax, but Buhari’s elitist administration have decided to look the other way, opting first to increase fuel costs on the masses as the obvious first step. Unbeknownst to the masses in Nigeria, there are Nigerian business elite who today pay more property taxes to the British Crown and the United States on their vacation properties in those jurisdictions than they do to the Nigerian nation where they do business and is the source of most of their wealth in the first place. To make matters worse, the Nigerian tax agency, is failing miserably to reach their target of 5 trillion in annual revenue for 2016, leaving the nation to fall further in debt while Nigeria’s wealthy elite sit on their hands not being required by elitist-Buhari to do anything, but drink foreign champagne, drive foreign cars, watch foreign movies, wear foreign cloths, vacation in foreign lands, leaving the Nigeria that has made them wealthy, in ruin.

For example, in the United States, famed gangster Al Capone, was brought down by the IRS, and his tax fraud, while the FBI, police departments and other law enforcement agencies failed to nab him. The tax agencies were able to apprehend the gangster, and show beyond a doubt that he was indeed guilty of multiple counts of tax fraud without the use of witnesses that would be often compromised in criminal trial proceedings

Even with Buhari’s stated focus of combating corruption, a regressive, elite serving tax policy runs completely counter-productive to his so-called “war on corruption”. Currently the EFCC and the ICPC are leading the corruption fight for Nigeria. To date, they have failed miserably to make any substantial recoveries of any assets. Needless to say, for them to continue this same strategy while hoping for a different result down the road is not a visionary way to execute the “war on corruption”. In many countries, tax administrators are central operatives in the most crucial law-enforcement operations. For example, in the United States, famed gangster Al Capone, was brought down by the IRS, and his tax fraud, while the FBI, police departments and other law enforcement agencies failed to nab him. The tax agencies were able to apprehend the gangster, and show beyond a doubt that he was indeed guilty of multiple counts of tax fraud without the use of witnesses that would be often compromised in criminal trial proceedings. The tax laws in the U.S. facilitated his take down by the U.S. tax agency of this gangster involved in a host of other illegal activities beyond tax fraud.

However, in today’s Nigeria, tax laws are so elitist and lopsided in favour of the nation’s wealthy that they are completely useless in helping to target the corrupt and those involved in criminal activity in Nigeria. If it were not so, the corrupt could be required to forfeit some of their ill-gotten wealth through taxes! Further the state could potentially trace their payments similar to the way the BVN has been used to identify ghost workers. In addition, the corrupt could be summoned to return to Nigeria for tax audit hearings with the forfeit of assets as a penalty for failure to return. While the world is laughing at Nigeria and Buhari’s “war on corruption”, truthfully, Nigeria’s elitist serving regressive taxation policies is handicapping the war on corruption and robbing the state of key tools it should be using to nab the corrupt, assuming that the elitist serving Buhari-administration is actually serious about recovering assets beyond scoring cheap political points.

While labour has now announced a massive strike to force the government to reverse the decision to end the subsidy, it may be beneficial for labour to also take up the government on their elitist regressive tax policy that protects the 5 million super rich in Nigeria, who largely sponsor the APC, while undermining and robbing the 100 million poor masses, who voted them into power. There is much more that the Buhari government should be doing to diversify government revenue, stabilize the naira, provide social services, and aggressively work to recover assets from those that stole, but without a reversal on the regressive elite-serving tax policies that Buhari and his elitist APC administration is championing, Nigeria is in for more dark days to come.

*The author is the Managing Director and Principal of Kuranga and Associates, a full-service investment, political and economic risk consultancy, and asset management firm that specializes in Africa. He is also the author of The Power of Interdependence with Palgrave Macmillan Press. To learn more about Kuranga and Associates go to www.kaglobal.net.