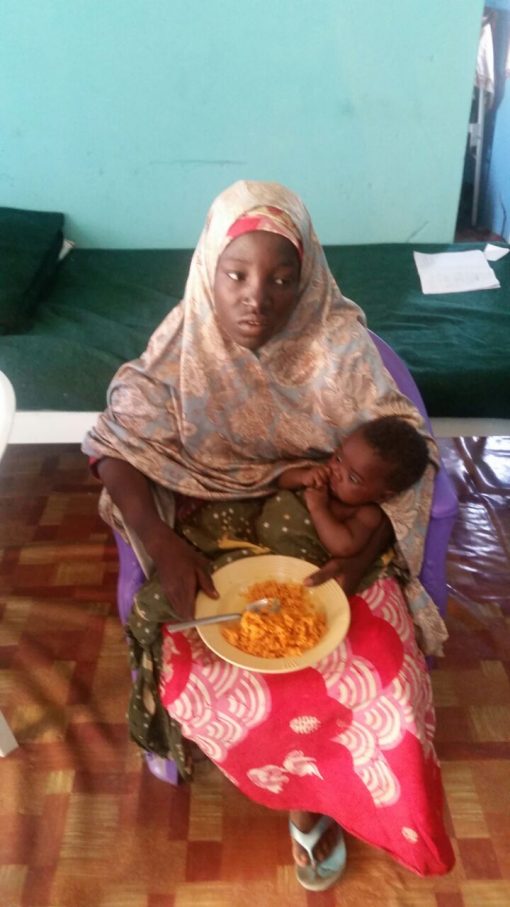 The girl, her baby, her mother and her brother, were led to the villa by Borno governor, Alhaji Kashim Shettima, at about 2.46 p.m.

The governor and the girl, with her child were quickly taken to the president’s office by his Chief of Staff, Alhaji Abba Kyari, for a closed-door interaction with the president.

The girl and her baby were dressed in hijab and were shielded from newsmen by security officials.

The Nigerian Army on Wednesday in a statement confirmed the rescue of Ali-Nkeki, one of the Chibok school girls in Borno, abducted in April 2014 by Boko Haram insurgents.

The statement issued by acting spokesman of the army, Col. Sani Usman, said that the girl was among other persons rescued by troops at Baale community near Damboa in Borno.