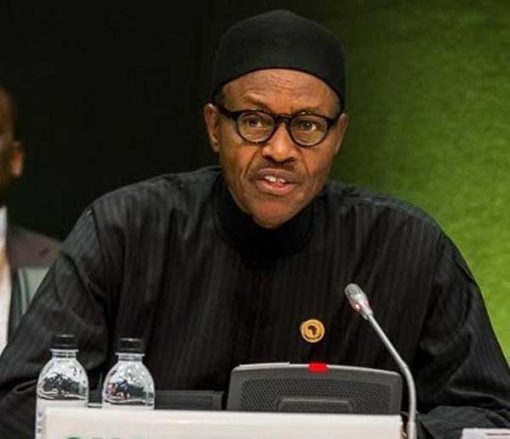 Speaking at London Anti-corruption Summit, he pointed out that lack of political will had been the missing link in the war against corruption.

Corruption is a hydra-headed monster and a cankerworm that undermines the fabric of all societies. It does not differentiate between developed and developing countries.

It constitutes a serious threat to good governance, rule of law, peace and security, as well as development programmes aimed at tackling poverty and economic backwardness.’’

A main component of this anti-corruption partnership is that governments must demonstrate the unquestionable political will and commitment to the fight.

With Buhari’s achievement on fighting corruption so far, analysts observe that he has emerged one of Africa’s vibrant advocates of a corruption-free society and world leaders have acknowledged his honest credentials.

For instance, United Nations Office on Drugs and Crime (UNODC) Executive-Secretary Yury Fedotov, said: “the commitment of President Buhari to eradicate corruption is a very important asset for us in UNODC as the guardian of the UN Convention Against Corruption.’’

Analysts also observe that in October 2015, the African Union Advisory Board on Corruption unanimously adopted Buhari as the continent’s preferred leader to lead a vigorous anti-corruption war to rid Africa of corruption.

According to them, the present administration’s efforts at fighting corruption have earned Nigeria international respect.

Unarguably, corruption has been a major challenge militating development in most countries of the world, undermining human rights, provision of basic amenities and good governance, among others.

Mindful of the dangers of corruption, former President Olusegun Obasanjo in 2000, established the Independent Corrupt Practices and Other related Offences Commission (ICPC).

The ICPC was established to, among other things, investigate, prosecute and prevent corruption through enlightenment and education.

For effective fight against corruption, the same administration established the Economic and Financial Crimes Commission (EFCC) in 2002 to deal with financial and economic crimes.

Corroborating Obasanjo’s stance on fighting corruption, Buhari made the fight against corruption the focal point of his campaign promise.

He said corruption constituted a threat to the development and survival of the nation’s democracy.

Corruption attacks and seeks to destroy our national institutions and character by misdirecting into selfish hands, funds intended for the public purpose, corruption distorts the economy and worsens income inequality.

We shall end this threat to our economic development and democratic survival, and I repeat that corruption will not be tolerated by this administration,’’ he said.

Buhari and his Vice, Prof. Yemi Osinbajo in demonstration of their commitment to fight corruption upon assumption of office, declared their assets before the Code of Conduct Bureau.

Most Nigerians who reacted to the assets declaration applauded the president and Osinbajo for giving Nigerians the opportunity to have trust in them.

Mr Obinna Uche, a civil servant in Abuja, said the gesture was a step in the right direction, observing that it was in line with their campaign promises.

He noted that the late President Musa Yar’ Adua did same and was trusted and respected by Nigerians.

It is indeed a good thing and it will make us respect his personality because by this, transparency and accountability is guaranteed. He has proved himself over time and that’s why people can vouch for him,’’ he said.

Mr Ola Adedeji, also a civil servant, said the declaration of assets by the president and Osinbajo was a reflection of what Nigerians should expect from their administration.

He stated that the president should ensure that his political appointees, the National Assembly members and other public office holders equally declared their assets upon assumption of office.

If this trend is maintained with some level of sincerity, the fight against corruption will succeed in this country.

Corruption has actually eaten deep into the fabrics of this country, so we need a leader that is ready and committed to fight through accountability and transparency,’’ he said.

The introduction of the Treasury Single Account (TSA) by the Buhari-led administration has also been described by financial analysts as a policy that could guarantee transparency and accountability.

Minister of Finance Kemi Adeosun said the implementation of the TSA rule was to improve the processing of collection of revenue.

She said it was also to engender prompt settlement of matured government commitments and thereby facilitating project completion and service delivery on schedule.

According to her, the TSA is being implemented to provide a clear view of overall government finances at any time and so reduce borrowing with the attendant costs.

Similarly, Mr Victor Odeh, an accountant, applauded the Federal Government for enforcing TSA on government ministries and agencies, saying that the policy would block several leakages for corruption.

He said the courage by the present administration to accord the implementation of TSA the attention it deserved was a step in the right direction.

The implementation of TSA in my view is the best policy that will guarantee transparency and accountability in the country because by this, government ministries and agencies are made to remit their revenue to a single account.

So, the era of a ministry or agency running several accounts because of corruption tendency is over because all government revenues are being remitted to a single account,’’ he said.

In his view, the Accountant General of the Federation, Alhaji Ahmed Idris, said the Federal Government recorded N3 trillion inflows to TSA in the first quarter of the year.

He said as at end of March 2016, total inflows into TSA was about N3 trillion, while the number of Ministries, Departments and Agencies (MDAs) on TSA has risen to 976.

According to him, successful TSA implementation rests on a tripod, which includes the collection of MDAs receipts, payment by MDAs and their budgetary control.

It is part of Buhari’s anti-corruption war to embark on several foreign trips to establish international collaborations and support.

Buhari had visited countries like the United Kingdom, Germany, United States of America, France, among others to fast track the repatriation of looted fund from the country.

While some Nigerian had kicked against the president’s frequent trips overseas, some others are of the view that such trips were necessary to enhance investment and the repatriation of looted funds from the country.

Mr Lai Mohammed, Minister of information and Culture, noted that Buhari’s foreign trips were not frivolous.

He described the criticisms that the president’s trips had become too frequent and frivolous and of no value to a nation facing multiple crises as baseless and unfounded.

Mohammed said the trips were meant to attract investors and establish international collaboration in the fight against corruption.

You do not run a country by being isolated and the personal presence of the president in many of these fora is very important.

This is because, before now, we were almost a pariah state and the two things that have been driving investments away from this country are terrorism and corruption.

One thing that nobody can fault this president on is his determination to fight these two ills. Before now the level of corruption was very high that nobody was ready to risk his investment in Nigeria,’’ Mohammed said.

Observers however note that the Buhari-led administration has since inception witnessed remarkable international support and engagements in the area of training and collaborations through the country’s anticorruption institutions.

Political analysts commend the president, noting that the fight against corruption could only be won through international collaborations.

They insist that the support currently enjoyed by Nigerian anti-corruption in terms of training, logistics and other form of collaboration follows the commitment demonstrated internationally by the president in the fight against corruption.

Mr Yakubu Dogara, Speaker, House of Representatives, in his view, said: “Nigeria requires the support of the international community to facilitate the speedy recovery of her looted funds.