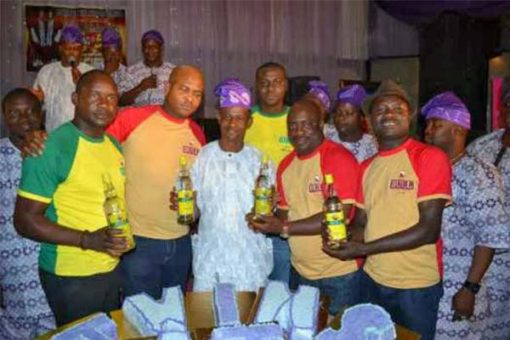 For this year’s edition of the annual Bull Fuji Talent Hunt, seven talented Fuji acts have today, May 20th been selected to compete in the grand finale.

This is coming after months of intense search within six states, including Lagos, Ogun, Ondo, Osun, Kwara and Oyo States.

Following the auditions, Wasiu, a.k.a. Mr Lemon from Oshodi Zone, Saheed Okiki from Ikorodu Zone, Waheed Oropo from Osogbo Zone, Ishola Ade from Ilorin Zone, Ashafa Martins from Ibadan Zone, Iyanda Olubori from Ijebu Ode zone, and Afolabi Ibrahim from Akure zone all emerged, at they will all be battling it out at the grand finale.

According to Lanre Alabi, the Chief Operating Officer of Kingsize Entertainment in a statement, “The two months search has been quite an adventurous experience, Nigeria is blessed with a bundle of talents, especially young and upcoming Fuji artistes in the entire South-West, as Bull brands gave them a lifetime opportunity to showcase their musical prowess”.

The grand finale of the talent show is slated to come up on Friday, June 3, 2016 in Ibadan at Mauve 21 Events Centre, Ring Road, Ibadan, Oyo State.

The first three seasons have produced Nurudeen Atanda, aka Antenna, Idriss Akanbi, aka Aloma and Muftau Alabi, aka Senior Prefect.