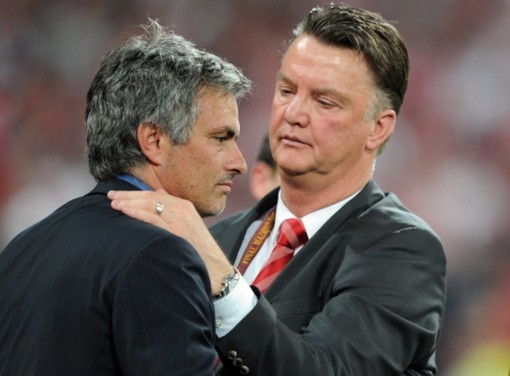 Louis van Gaal is set to be offered a job upstairs at Manchester United opening the door for Jose Mourinho to be manager.

SunSport understands the Dutchman will be given a director of football role at the club.

That will see Van Gaal complete his three-year contract at the club and leave next summer.

Despite this seasons poor campaign Van Gaal remains popular with executive vice chairman Ed Woodward who still wants to use his vast footballing knowledge at the club.

But Woodward accepts there has to be change now in the managerial seat with Mourinho available.

The former Chelsea boss has rejected overtures from other clubs since being sacked by Chelsea in December as he wanted to wait for the Old Trafford hot seat to come free.

As first revealed by SunSport United were in touch with him almost immediately he left Stamford Bridge and those lines of communication have stayed open.

Mourinho and Van Gaal are good friends and have worked together before at Barcelona.

Van Gaal was booed on Tuesday night when he was introduced to the crowd before making an address on the Old Trafford pitch.

Tomorrow he leads the team in what will now be his final game as manager of the club and he aims to go out on a high with victory in the FA Cup Final over Crystal Palace.