G-7 summit kicks off in Japan 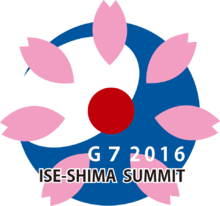 Rebooting global growth was top of the agenda as the G7 leaders started a two-day meeting in the Japanese coastal city of Shima on Thursday.

According to a Japanese official, the leaders of the seven leading industrialised nations were expected to promise flexible fiscal stimulus and structural reforms to boost global growth amid a slowdown in emerging economies.

The leaders will reaffirm an important role of fiscal, monetary and structural policies.

Ahead of the meeting, Japanese Prime Minister, Shinzo Abe took G7 leaders to the Ise Grand Shrine, the most sacred site in Shinto, Japan’s indigenous religion.

The premier offers prayers himself every New Year at the shrine that drew more than 8 million visitors last year.