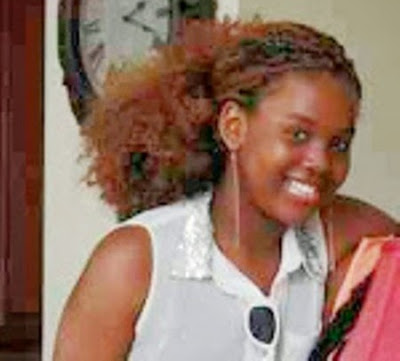 Singer, Stella Damasus’s daughter Angelica, with the late Jaiye Aboderin, has won a prestigious award for academic excellence in the United States. Celebrating her via her Instagram Page, Stella wrote:

“I am so super proud of my daughter Angelica for her huge academic achievement. She received the President’s Award for Educational Excellence in America. Thank you darling for making me so proud. Isabel & I are proud of you. I am so happy to have two of the most intelligent daughters any mother can hope or pray for.

The President’s Award for Educational Excellence is the highest achievement an elementary school student can achieve, according to area principals.

“For a student to receive this award, they have to be well-rounded and dedicated to putting forth good effort at all times,” says Weller Elementary School Principal Theresa Gum.

“The kids really have to prove themselves,” he said.

According to the National Association of Elementary School Principals, the criteria for the President’s Award includes grade-point average, high achievement on state or national tests, teacher recommendations and the principal’s approval.

Miller says students at John Hole, like Stingley Elementary, must have a grade-point average of 3.5 or higher on a 4.0 scale, and must score in the 85th-percentile or higher in reading or math on the Iowa Standardized Tests.

Weller is among the schools that also require teacher recommendations.

“It is one that my teachers deliberate on for quite a while,” Gum said. “We make sure we are picking the students most representative of that quality of excellence.”

Some Centerville elementary schools base the award on a student’s work in fourth and fifth grades, while others base it on fifth grade alone.

Students earning the President’s Award receive a certificate, and a letter from President Barack Obama.

“It is important that people know that, regardless of people’s political views, it is nice that the office of the president recognizes the good work our kids are doing,” said Stingley Principal Diana Keller. “It isn’t subjective, it is based on the criteria — and it is rigorous criteria.

This comes just in time as the children’s day is tomorrow, our kids should emulate Angelica even as they celebrate. Congratulations to the Aboderins.