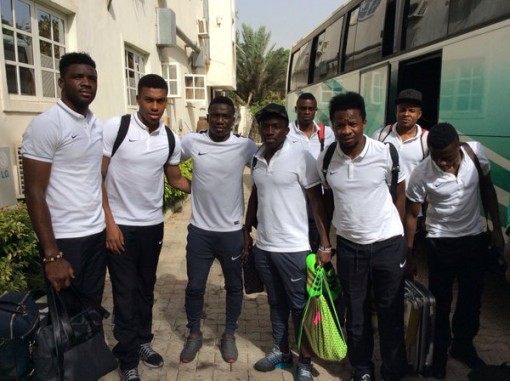 Super Eagles arriving Kaduna ahead of the match against Egypt

The Super Eagles on Sunday arrived in Luxembourg City ahead of Tuesday’s international friendly against the country’s senior national male football team.

The Nigerian delegation arrived from Rouen in France, where they beat Mali 1-0 on Friday in another friendly match.

A statement by Ademola Olajire, Assistant Director of Communications, Nigeria Football Federation (NFF), on Sunday in Abuja said the Eagles arrived at noon on Sunday.

“They are now at the Alvisse Parc Hotel, an impressive facility located on Route d’Echternach in Luxembourg City.’’

It said there was a great spirit in camp as players and officials looked forward to a win against Luxembourg.

The statement disclosed that the team later trained at the Stade Josy Barthel, venue of Tuesday’s clash with Luxembourg.