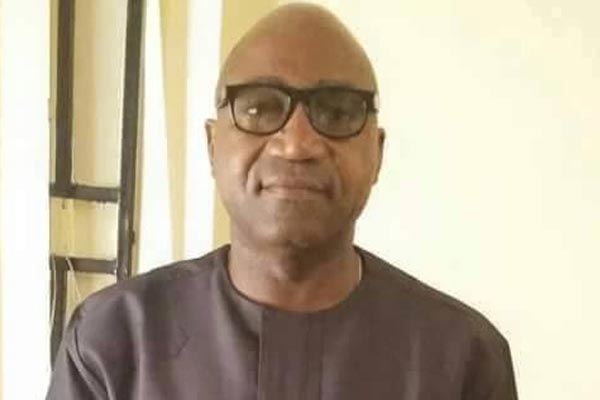 The Delta State Government on Wednesday said the people of the State are not part of the proposed Biafra Republic, while reaffirming their belief in one and united Nigeria.

The State Government in a state statement which was signed by the Secretary to the State Government, SSG, Chief Festus Agas, urged the people of the state to remain law abiding and go about their normal business without fear.

According to Vanguard reports, Agas in the statement said;

“we object in its totality, the inclusion of Delta State without our consent in the proposed Biafra Republic.

This clarification has become necessary to avoid any confusion or misunderstanding regarding the status of Delta State in the renewed Biafra agitation.”

Continuing in the statement, Agas said; “while some communities in Delta state may have cultural affinity with the people of the South East , it is clearly a patent error for anybody or group to suggest or insinuate that Delta state or more specifically the Anioma people have been or are part of the South East that is supposed to make up the proposed Biafra Republic”.

Frowning at the renewed agitation of the Indigenous People of Biafra, IPOB, and the Movement for the Actualization of the Sovereign State of Biafra, MASSOB, for the realisation of independent State of Biafra, he said the campaign which has been in form of rallies in the South East, often extends to the South-South State, notably Rivers and Delta.

Meanwhile, the ‎foundation of stone of BIM-MASSOB Secretariat has been laid at Ubulu-Uku and Ibusa in Aniocha South and Oshimili South Local Government Area of Delta State respectively by the presiding Bishop of Jesus the Shepherd Ministry, Dr. A.S. Mogekwu. ‎

Reacting to the violent clash, the Delta North Zonal Leader of the Biafra Independent Movement (BIM) and Movement for Actualization sovereign State of Biafra (MASSOB), Mr. Chinedu Anieifeobu, supported by his Commander of Security, Prince Ignatus Adiliajana, who supervised the inauguration of the new secretariat in Ubulu-Uku, and the Delta Central Zonal Leader, Mr. Uju Christian, dissociated BIM-MASSOB from the alleged killing.

They wondered why some agitators under the IPOB became violent and condemned the dangerous twist the agitation had assumed.