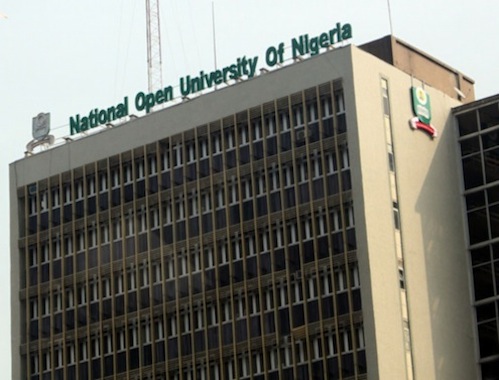 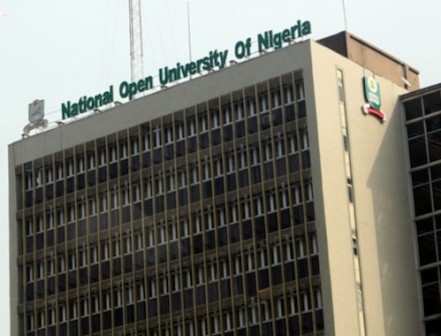 An inmate of the Ikoyi Prisons, Albert Emmanuel Ajogbor, was on Wednesday presented with a Bachelor of Arts (BA) Degree in Theology, having successfully completed his studies at the National Open University of Nigeria (NOUN).

Ajogbor, who was incarcerated in July 2004 was among the over 10,000 others who graduated during the institution’s 2016 convocation held in Abuja in January.

Ajobor was honoured at a ceremony at the Kirikiri Maximum Prisons by the NOUN authorities alongside another inmate, Moshood Folarinmilekan, who was presented with a certificate of exemption from NYSC.

Folarinmilekan has spent 25 years out of a life jail term he was sentenced to at the Kirikiri Maximum Prisons.

He graduated in 2015 alongside other graduating students of NOUN after completing his studies at its facility.

The inmate, awarded a degree in Peace Studies and Conflict Resolution, is currently pursuing his Master’s Degree at the institution.

Ajogbor speaking on the sideline of the event said that the achievement was a dream comes through for him.

According to him, the prisons, as reformative centres were living up to their mandates, having provided the enabling environment that led to the feat he has attained.

“I want to say that I am short for words in explaining how I feel.

“Indeed, I see myself among heroes, those to move the country forward and make it one of the greatest countries in the world.

“I want to thank the prison officials for their support and encouragement as well as all my sponsors as well as my co-inmates.

“They have all contributed in one way or the other to make this happen,’’ he said.

He, however, pleaded with the authorities of the university to speedily address the challenges faced by the inmates in
accessing course materials.

Earlier in his speech, the Vice-Chancellor of NOUN, Prof. Abdallah Adamu, said acquiring the degree was a commendable feat, which would serve as a stepping stone to greater heights for the graduands.

He said that the institution was the only university in the country that was providing education to inmates in the nation’s prisons.

“Due to shortage of sponsorship offers for inmates therefore, and to help make the journey of producing a university degree a little less daunting and more achievable, the university over the years has supplied course materials for free and paid 50 percent of payable fees for inmates.

“The other 50 percent was paid for by philanthropic bodies such as religious and non-governmental organisations as well as well meaning Nigerians.

“May I use this opportunity to thank all your sponsors for their generosity and contributions towards your education.

“I am sure that a number of your peers who are also incarcerated will like to register to study one of our programmes but for the fact that they have no means of funding their education to improve their destinies.

“It is in this light that I have decided to offer 100 percent full scholarship to all inmates who are undertaking a NOUN degree programme,’’ he said.

The Vice-Chancellor who was represented by the institution’s Director, Learner Support Services, Prof. Nebath Tanglang, noted that already modalities were being worked out to ensure that the process was as seamless as posible.

He assured them that plans were on to upload all their course materials on the I-Learn platform, which would subsequently be downloaded in their computers for easy access.

Also speaking, the Controller of Prisons in charge of Lagos Command, Timothy Tinuoye, said one of the greatest challenges facing the inmates in the institution was that of inadequate facilitators.

He appealed to both the state and the local governments to assist the facility by sending some of the corp members and even full time teachers to assist the inmates in their quest for knowledge.

“We are in dire need of teachers for these people especially at the secondary school level.

“We all know today that the prison is not just to keep offenders in custody, but rather to reform and get them re-integrated into the society.

“Now, we discover that some of them came here without any form of basic education.

“We feel that giving them education will be one of the best values we can entrench in them in an attempt to change their orientations and perspectives about life and thinking, toward making them better citizens,’’ he said.

Tinuoye added that of the 75 inmates enrolled into NOUN, 59 of them were from the maximum prisons, which comprised of the medium, female and maximum sections.