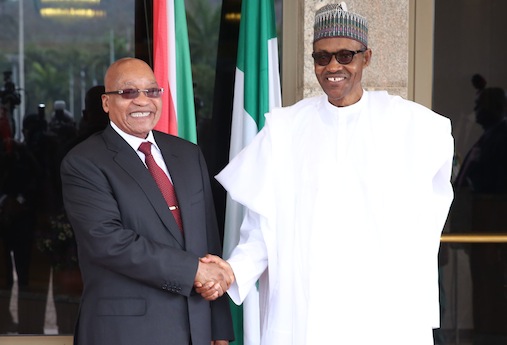 The volume of trade between Nigeria and South Africa rose to N1.3 trillion about (R.62 billion) in 2015, the South African High Commissioner to Nigeria, Mr Louis Mnguni, announced late on Tuesday.

Mnguni made the disclosure at a ceremony to mark the South African Freedom Day in Lagos, saying that trade between Nigeria and South Africa had increased ‘’exponentially’’ from 2010 to 2015.

”The gradual movement since 2010 could be attributed to Nigeria’s demand for automotive parts. South Africa exports cars, vehicles, structures and parts of structure, uncoated paper and paperboard.

”Nigeria presents a huge market with a population of over 170 million people and vast resources, while South Africa presents the technical know-how in developing industries,’’ he said.

The envoy described Nigeria as one of the countries in Africa currently enjoying a favourable balance of trade with South Africa.

”South African companies have today become significant players in these sectors of the Nigerian economy from 1999 to 2015.’’

”Nigerian SMEs are dominant in the small business sector in South Africa. Therefore, the two are really complementing each other,’’ he said.

The envoy said it was imperative for both countries to close ranks toward the implementation of the 2063 African Union Agenda.

According to him, strategic partnership is required in pursuance of Africa’s, South-South Cooperation and in the promotion of a rules-based international system.