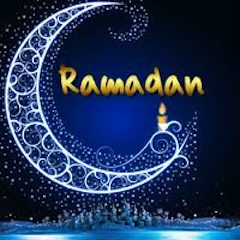 The Chief Imam of Area 10 Juma’ah Mosque, Sheik Yahya Al-Yolawi, has urged Muslim faithful across the globe to exhibit good moral behaviour before, during and after the month of Ramadan.

Al-Yolawi gave the advice while delivering his Juma’ah sermon titled, “Guiding Rules of Ramadan Fast,’’ on Friday in Abuja.

According to the cleric, Ramadan is a month that provides Muslims with a “sense of happiness and spiritual upliftment in which Allah grants his servants the ability to change”.

Furthermore, he said that Ramadan is a month of divine mercy and forgiveness and a period when Muslims are no longer influenced by the devil.

He encouraged Muslims to observe their fasting with passion and a high level of sincerity and commitment to Allah.

“Unfortunately, these sins are now becoming a habit within most of the communities and are not viewed as something bad in many of our gatherings.

“These sinful acts are telling lies, backbiting, slandering, gossiping and cursing, which is as a result of negligence in safe guarding our tongues.’’

The cleric noted regrettably, that gossiping has become second nature to many people.

“Most of our temples now does not have or know any limit when it comes to talking behind someone’s back.

“Let us break this awful habit and safe guard our tongues once and for all.

“Let this Ramadan be our turning point; the time for us to control our tongues, ask for forgiveness and change in our characters,’’ he said.