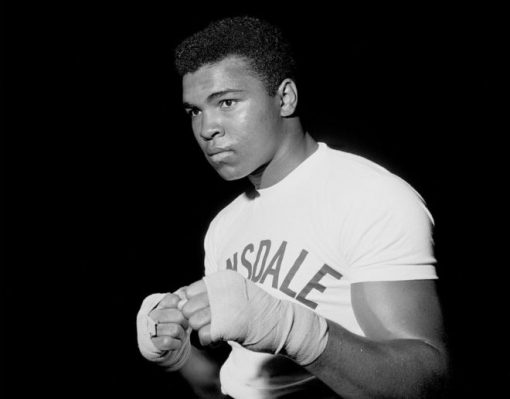 Chuka Momah, a prolific boxing analyst on Saturday described Mohammed Ali, who died on Friday, as a boxer of exemplary humanity, whose legacy would always be remembered and cherished.

Ali, 74, one of the greatest legends of the sport, passed away on June 3 at a hospital in Phoenix, Arizona, U.S., after being admitted on Thursday.

He had contracted a respiratory illness, a condition that was complicated by his years of suffering the Parkinson’s disease.

Momah disclosed in Lagos that one of the ways that the upcoming boxers could immortalise Ali as the `greatest boxing legend’, was by imbibing his ethics and morals, which made him outstanding all through his boxing career.

“All aspiring boxers should strive to be half as great as he was. They should be honest about it.

“Ali had worked hard to reach the top of his profession as amateur and pro-boxer and was humble; his death is so heart breaking, because he was not just a boxer, he was a human rights activists.

“He changed the face of boxing and paved a way that upcoming boxers should take advantage of to also reach the top,” he added.

Renowned sports analyst Mitchel Obi of Mastersports International, Lagos, who also acknowledged Ali as the greatest boxer of all time, said he gave boxing a meaning.

“Ali was phenomenal. He was superman. A man who refocused our mind to who black Americans were and advocated the virtue of racial equality; he reminded us of what humanity was all about’’.

Onyechi Ikpeazu, SAN and an apostle of Ali, during his days as a student in the U.S., said he was not just great but the greatest legend of all times.

“Ali was not just a boxer but a spiritual and political leader, who was at one time, the conscience of all the oppressed peoples of America, particularly the African Americans.

He said the legend redefined boxing and made it a proper sport for the world to admire.

According to him, Ali described the likes of Joe Louis, Rocky Marciano and Joe Frasier as `jet pilots’ and he an `astronaut’.

Ikpeazu, an Abuja-based lawyer, recalled that it was amazing that Ali, who was disqualified from the Vietnam war draft because the evaluators said he possessed low Intelligence Quotient (IQ), turned out later in life to become a philosopher of note, that the world acknowledged.

Ali, born as Cassius Marcellus Clay, Jr, remained the only three-time lineal world heavyweight champion; he won the title in 1964, 1974, and 1978.

Nicknamed `The Greatest’, Ali was involved in several historic boxing matches of time, notable among these were the first Liston fight, three with rivals Joe Frazier and `The Rumble in the Jungle’ with George Foreman, at which he regained titles he had earlier been stripped seven years earlier.