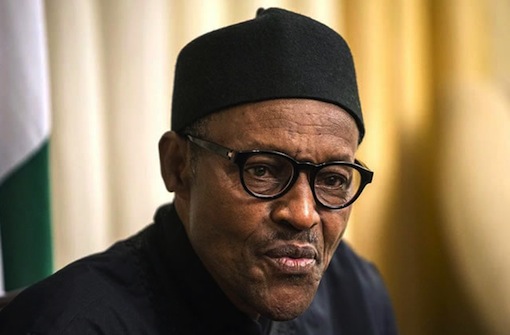 Socio-Economic Rights and Accountability Project (SERAP) has “welcomed publication of the list of recovered funds by the Federal Government as a positive development towards entrenching a culture of transparency and accountability in government.”

The organization however asked the government to “publish the names of high-ranking public officials from whom the public funds were recovered, and spend recovered funds in a transparent and accountable manner so as to remove opportunities for re-looting recovered loot.”

In a statement on Sunday by SERAP Executive Director Adetokunbo Mumuni the organization said: “The recovered funds must be spent to directly benefit Nigeria’s most vulnerable populations particularly to improve their access to quality education, healthcare including for children, women and the elderly, and regular and uninterrupted electricity supply. It will be a double jeopardy for victims of corruption if recovered funds are re-looted, as it was the case with Sani Abacha recovered loot.”

Reacting to the non publication of names of those alleged to have looted the treasury, SERAP stated: “This is a case of grand corruption, which has devastated many lives and fundamentally contrasts with the ideal of government as a public trust. Therefore, high-ranking government officials suspected of turning the public treasury into a private cashbox should be prepared to accept a higher degree of openness about their official conduct than private individuals.”

“Publishing the names of high-ranking government officials that have already returned stolen public funds will not infringe their right to presumption of innocence in particular and fair trial in general if the government can provide a caveat to make it clear that such disclosure does not suggest an assessment of the guilt of those named, and that they remain suspects until proven guilty by a competent judicial authority.”

“The authorities responsible for combating corruption cannot be expected to refrain from all statements, such as the fact that a suspicion of corruption exists. What is excluded is however a formal declaration that somebody is guilty without trial before a court of law.”

“The fact that suspected corrupt officials have returned some public funds makes the argument in favour of publishing their names even stronger. Open justice promotes the rule of law and publicity is a powerful deterrent to abuse of power and official misconduct.”

“Nigerians have the right to know how high-ranking government officials carry out their entrusted public functions and manage the public treasury, and whether or not they act in accordance with the code of conduct which Nigerians expect from their leaders.”

“The government must now move swiftly to complete all pending investigations of corruption and to pursue diligently those cases in court, and to consistently utilise the crime of illicit enrichment (also called: “unexplained wealth,” or “inexplicable wealth,” or “disproportionate wealth”) to achieve effective prosecution of corruption cases. The government should compile a list of corruption cases in court and cases already completed with names and the amounts involved, and widely publish this including on a dedicated website to promote the idea of open justice.”

“A naming and shaming policy already exists in the international arena, for example, the FATF usually adopt a sanctions regime of ‘naming and shaming,’ against Non-Cooperative Countries or Territories (NCCTs) in its battle against money laundering.”

“In addition, SERAP urges President Muhammadu Buhari to set up a mechanism with a view to ensuring that the funds so far recovered are applied in a transparent and accountable manner, and with civil society involvement and oversight.”