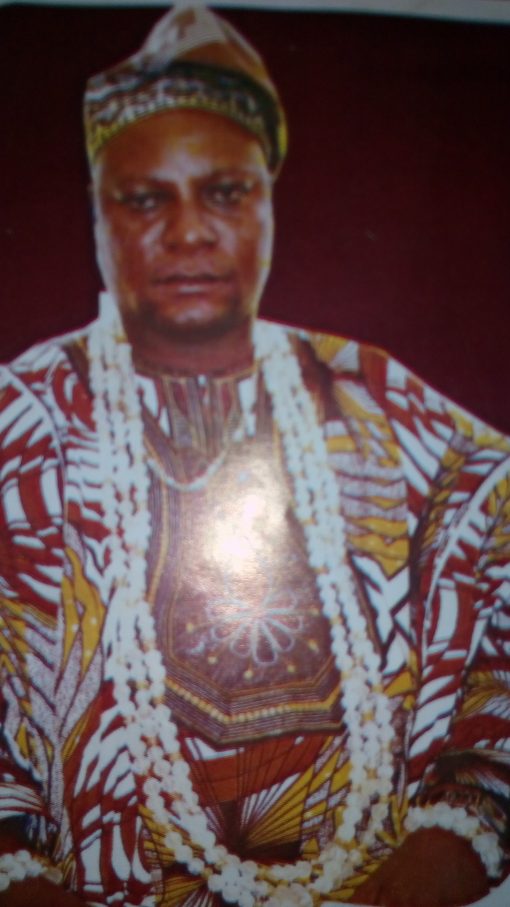 He was remanded alongside his Secretary, Reverend Samuel Boyon,40.

They were charged with a five-count charge ranging from breach of peace, stealing, possession of arms, causing grievous harm, among others.

In charge number MIK/A/142/2016, the two accused persons were granted bail in the sum of N250,000 each sum but were unable to meet the bail conditions last Friday.

Police investigation revealed that the crisis has to do with a tussle for the Baale of Farasinmi community in Badagry West LCDA, Lagos State.

The police arraigned the accused in court at the conclusion of investigation into the crisis.

Police investigation also revealed that Alhaji Abubakar Hunkanrin Awesu, from the Ojoko ruling house, is the bonafide Baale of Farasinmi.

According to the report, Awesu was installed after recommendation by the community on November 14, 2011 with representation from the Lagos State government and the Badagry West LCDA.

Awesu was installed by HRM Sejoro Ogungbe James JP, Henwa of Kweme Kingdom, who according to the report, is the consenting authority of Farasinmi community.

The first accused, Maugbe Babatunde Tudonu was said to have been installed by the Alapa of Egun Awori, Apa Kingdom, Oba Adekanmi Oyekanmi Ajose JP, on May 25, 2013.

Oba Ajose, according to the report is from the Awori tribe and has no authority in the Farasinmi area.

According to the recommendation of the fact finding committee set up by the local government, it was clearly stated that only three families are entitled to the Baaleship stool in Farasinmi community.

They are Ojoko, from where Chief Abubakar Awesu, a retired teacher, hails from. The other two families are Ekundo and Kikan.

In attestation to this, a letter dated May 19, 2014 by the Lagos State government through the office of the Commissioner, Ministry of Local Government and Chieftaincy Affairs, directed the Badagry West LCDA to stop Chief Maugbe from marking his first year in office because he was not recognised as the Baale of the town.

Most of the supporters of Chief Awesu were harassed, beaten and tortured after this and the police intervened.

Earlier, in a letter dated May 3, 2014,the then Lagos State Commissioner for Local Government and Community Affairs, Ademorin Kuye signed a letter confirming the recognition of Chief Awesu as the recognised Baale of Farasinmi community.

Findings also revealed that Chief Maugbe Tudonu is having two criminal cases pending against him at the Kirikiri Magistrates’ Court, Apapa.

The matter has been adjourned till September 21, 2016 for commencement of trial.