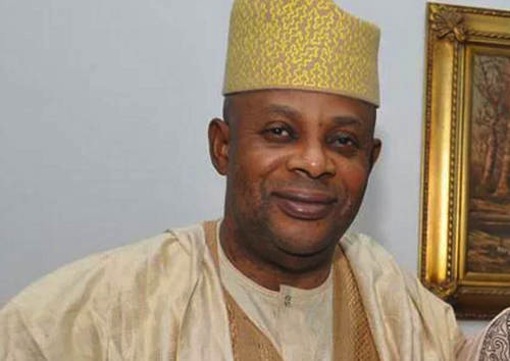 James Abiodun Faleke, the member of the House of Representatives, who wants the Kogi Governorship Election Tribunal to declare him the governor of the state, will know his fate today.

The tribunal, chaired by Justice Halima Mohammed,sitting in Jabi, Abuja, will deliver judgment on Faleke’s petition against the incumbent Governor Yahaya Bello. Both of them belong to the All Progressives Congress, APC.

The verdict on Faleke’s petition will be followed on Tuesday with that on former Governor Idris Wada of the Peoples Democratic Party who also wants the Tribunal to declare him the winner of the poll, declared initially inconclusive by the Independent National Electoral Commission, the same day, the poll winner, Abubakar Audu died, suddenly.

Wednesday has been set aside for the judgment on other petitions filed by the other parties.

Bello was nominated by the APC to replace its late candidate, Abubakar Audu.

Audu died after it was clear he had galloped to victory in the polls and many media platforms had declared him the winner. But INEC ruled the election inconclusive, leading to some rerun elections in some wards and the emergence of Bello as the new APC candidate.

Faleke contested the party’s decision and even INEC’s decision to declare the election inconclusive. Because of his position, he declined to be the running mate to Bello in the supplementary election. Bello was eventually declared the governor and sworn -in in January.

Faleke thereafter launched his legal dispute at the tribunal, asking it to declare him governor elect.

The candidate of the Peoples Democratic Party, Idris Wada, and other smaller parties such as the Labour Party and the African Democratic Congress, ADC, also approached the tribunal asking it to remove Bello.

Before reserving judgment in April, the tribunal had listened to the final addresses of all counsels to the parties.

He said that the constitution was self explanatory and that the petitioner “has a locus standi for him to have channeled his complaint to the tribunal’’.

The counsel, therefore, urged the tribunal to forget all the grammar spoken by the respondents and face the fact by declaring his client as the rightful and legal governor.

Olanipekun urged the tribunal to use the case of late President Umar Yar’adua and Goodluck Jonathan as a case study where the former died and the latter was later made the president.

“I urged this tribunal to forget about all the grammar being spoken by these respondents and face the fact that this petition has not been resisted by the 1st and 2nd respondents, INEC and Bello.

“The petitioner has a locus standi, I agree that this kind of issue has never happened before but this is a coup set up by the 1st respondent.

“This is also the first time in the history of democracy where someone will contest without a running mate,’’ Olanipekun said.

The petitioner’s counsel also told the tribunal that the 2nd respondent, Bello, was not a registered voter in the state which he said was against the provision of the constitution.

According to him, “the constitution said that you should vote and be voted which the 2nd respondent does not even meet up with any of the provision.’’

According to Izinyon, the case of INEC was straight forward and that Section 33 of the Electoral Act brought in the 2nd respondent as the governor by circumstances.

He said that one of the substances of the petitioner which bothers on qualification “does not even have any meaning when you look at the merit of the matter.’’
“The petitioner doesn’t have the right to hinge on qualification being a member of the same party with the 2nd respondent; if an outsider is not saying this, why should he who happened to be in the same party with the respondent say it.

“The other side where the petitioner said that the 2nd respondent does not have deputy does not also make meaning,’’ Izinyon said.

Mr Joseph Daudu (SAN), Bello’s counsel told the tribunal that he was surprised that the party was not joined as co-respondent in the suit brought by the petitioner.

He told the tribunal that the votes cast during the Nov. 21 election did not belong to the candidate but to the party.

“This case is not in any jurisprudence of the Electoral Act because it is happening for the first time where the first runner died before the conclusion of the election.

“This tribunal will be making history in given direction to the lacuna that has never happened before.

“Section 188 cited by the petitioner would have come in place if the election has been declared in the first instance therefore we urged the lordship to dismiss this petition for lacking merit.