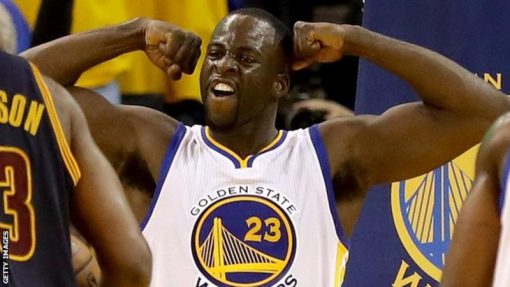 Cleveland’s cause was not helped when Kevin Love was forced to leave the game feeling dizzy after taking a blow to the head in the second quarter.

He finished with 19 points, nine assists and eight rebounds but did not play in the fourth quarter once the Warriors had opened up a big lead by the end of the third.

The series now switches to Cleveland after the first two games took place in Oakland, the home of the Warriors.